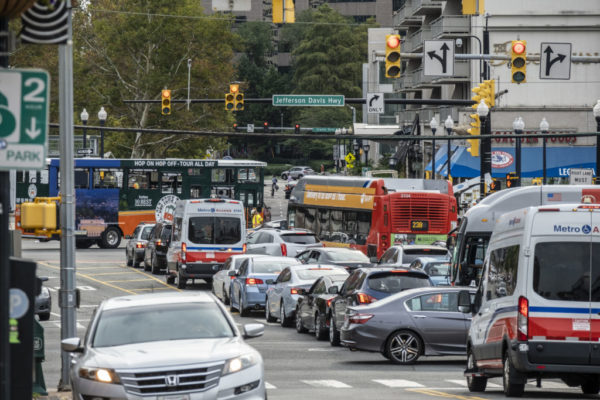 Virginia’s hands-free law takes effect on January 1, and that means it will be illegal to drive holding any personal communications device in Arlington or elsewhere in the Commonwealth.

The law was signed into law by Governor Ralph Northam during the summer. Police will now be able to pull over drivers if they are seen to be holding cell phones.

Previously, only texting or emailing while driving was against the law.

Last year, there were 23,000 crashes in Virginia attributed to distracted driving, resulting in 120 deaths, Northam said in a news conference earlier this month.

Drivers can talk hands-free, but if caught holding a phone they face fines of $125 for a first offense, and $250 for a second offense or if drivers are holding phones in a construction zone.

There are some exceptions:

Distracted driving is a community issue that needs to be addressed. Effective January 1st, 2021, it will be illegal to hold a hand-held communications device while driving in Virginia. Do your part, stay alert and attentive on the road. #DriveSmart #PhoneDown pic.twitter.com/y6mPnHhq1F

“Last year, believe it or not, there were more than 23,000 — I’ll repeat that, 23,000 — crashes in Virginia that were caused by distracted driving, & 120 of those individuals lost their lives,” Governor Ralph Northam said.https://t.co/WodQo9HmaM