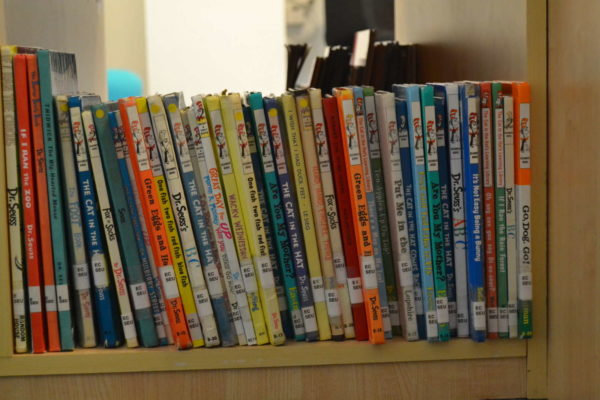 Six controversial Dr. Seuss titles will remain in circulation at Arlington Public Library, though they will not be replaced.

On Monday, Arlington Public Library made a statement similar to that of many libraries across the country, detailing how they are dealing with mid-20th century Dr. Seuss titles that depict “harmful stereotypes.” The library revealed that existing titles will stay on shelves.

This comes after Dr. Seuss Enterprises, which controls the rights to the works of Theodor Seuss Geisel, decided that it will cease publication and licensing of six titles because they portray people “in ways that are hurtful and wrong.”

The decision was announced on “Read Across America Day,” which is also the author’s 117th birthday.

Arlington Public Library officials say they will keep these titles in their collection and in circulation “until they are no longer usable.” At that point, due to Dr. Seuss’ Enterprises’ decision to cease publication, they will not be replaced.

The titles are: “And to Think That I Saw It on Mulberry Street,” “If I Ran the Zoo,” “McElligot’s Pool,” “On Beyond Zebra!,” “Scrambled Eggs Super!,” and “The Cat’s Quizzer.”

According to the library’s online catalogue, each title has between five and eight English-language copies currently in circulation in the library system, plus several Spanish-language editions.

However, all of the English-language titles are currently checked out with a wait list upwards of 39 people.

The library system, in the release, does advise that if these books are being shared with young readers to “consider taking the opportunity to have a conversation about the themes, characterization and the time period a book was published. Then, balance these stories with other diverse titles.”

It’s not a new revelation that some of Dr. Seuss’ works have racist overtones. A number of his works have long been criticized for how they portray people of color.

The decision to cease publication by Dr. Seuss Enterprises has also led to rumors that the author’s books were being banned. Late last month, nearby Loudoun County had to deny such rumors that the county’s public schools were banning his books.

Full statement from Arlington Public Library is below.

Libraries across the country, Arlington Public Library among them, are having conversations about how to balance the core library value of intellectual freedom with the harmful stereotypes depicted in many of what are regarded as children’s classics.

Last week, Dr. Seuss Enterprises announced that it will cease publication and sales of six titles because they portray people in ways that are hurtful and wrong: “And to Think That I Saw It on Mulberry Street,” “If I Ran the Zoo,” “McElligot’s Pool,” “On Beyond Zebra!,” “Scrambled Eggs Super!” and “The Cat’s Quizzer.”

Existing copies of these titles in the Arlington Public Library collection will remain in circulation until they are no longer usable. As they are now out of print, these titles will not be replaced when they leave the collection.

In light of this news, it’s worth taking a look at the books of our childhood with a critical eye. We no longer live in the world Seuss lived in when he created these works. If you want to share classics and older titles with young readers, consider taking the opportunity to have a conversation about the themes, characterization and the time period a book was published. Then balance these stories with other diverse titles.

Diversity in publishing, especially in youth literature, has been a topic of conversation and concern in the industry for a number of years. Arlington Public Library intentionally curates its collections to ensure diversity of themes, characters and authors, and systematically reviews the collection for gaps. We invite you to discover new titles and authors through our booklists, catalog and collections.