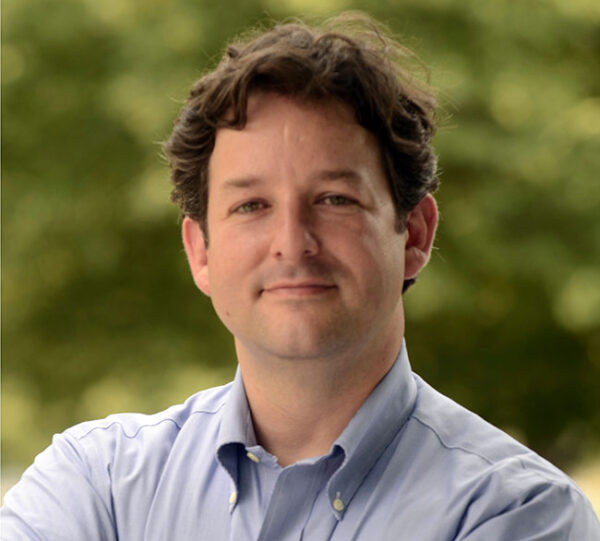 Last week, we invited the two candidates running in the Democratic primary for House of Delegates race for the 49th District to write a post about why our readers should vote for them next Tuesday (June 8).

Here is the unedited response from incumbent Alfonso Lopez:

When first elected to the Virginia House of Delegates, I promised to be a progressive champion for the Commonwealth’s most diverse district. That pledge included expanding access to health care, protecting a pregnant person’s right to make their own health care decisions, passing sweeping criminal justice reform, advancing the fight against climate change, and improving quality of life and community safety.

I am proud to say I’ve delivered on my promise and humbly ask for your vote for re-election.

As part of House Democratic leadership, I’ve helped us grow our majority and set a bold progressive agenda in order to build a Virginia that lifts everyone up and leaves no one behind.

We started by expanding Medicaid to over 500,000 Virginians — including 45,000 in Northern Virginia. This sets us on the path towards finally securing healthcare for everyone and the assurance that no family has to choose between putting food on the table or paying medical bills.

Our progress continued on health care. One of the proudest moments of my legislative career came in 2020, when I co-patroned and helped pass the Reproductive Health Protection Act. This eliminated barriers to reproductive health access across the Commonwealth and kept health care decisions exclusive to a pregnant person and their doctor.

Following the deaths of George Floyd and Breonna Taylor, I worked with Majority Leader Charniele Herring and Delegate Luke Torian to pass sweeping criminal justice reform legislation banning no-knock warrants, chokeholds and the militarization of police departments. We also enacted my legislation to finally enable the Attorney General to act against police departments with a history of constitutional rights violations.

With 30 years of environmental advocacy experience, I’m proud to be the founder of the Virginia Environment and Renewable Energy Caucus and to have seen many of my bills in this area signed into law. I recently secured $800 million for cleanup of the Chesapeake Bay and was the chief co-patron on the Virginia Clean Economy Act, which transformed Virginia from among the worst states on climate change to one of the best.

This bill laid the groundwork to pursue a Green New Deal, bold legislation that I’ve co-patroned and voted for twice.

Improving quality of life and making our communities safer have been my priorities. In 2013, I created the Affordable Housing Trust Fund (AHTF) and have fought every year for increased funding. This past session we secured $125.7 million – a significant increase over past years. The AHTF has helped alleviate housing instability and homelessness across Virginia and served as the backstop for eviction prevention and rental relief during the pandemic. Moreover, it has provided housing for hundreds of families here in the 49th district.

Providing housing was only one element of improving our communities; another was passing common sense gun laws. A key first step was requiring background checks for all firearms purchases, but that’s not enough. This past session, I helped close the “Charleston Loophole” and extended the period state police have to complete a background check to ensure we keep guns out of the hands of those who shouldn’t have them.

These accomplishments are among the highlights of over 150 bills I’ve authored, chief co-patroned, or co-patroned that have been signed into law. Others include securing in-state tuition for DREAMer students, repealing Virginia’s ban on project labor agreements, and creating the first LGBTQ+ advisory board in the South.

I’ve never lost touch with the people I represent and have used my role in leadership to produce outcomes that greatly improve our community. I successfully kept the DMV on Four Mile Run, and this past session I passed the Purple Lounge Bill to increase local oversight of ‘bad actor’ establishments.

Perhaps most importantly, considering housing affordability concerns in the 49th, I voted against Amazon’s HQ2 and refuse its campaign contributions.

My record speaks for itself: I’m a progressive Democrat who delivers results and works to improve lives in the 49th district and across Virginia.

I’m proud to have earned the endorsements of numerous organizations, activists and legislators, including:

They understand — as I do — that politics is about improving people’s lives.

Together — there is much more to accomplish.

I hope to also earn your support for re-election in the upcoming June 8th primary. To learn more, please visit www.AlfonsoLopez.org.