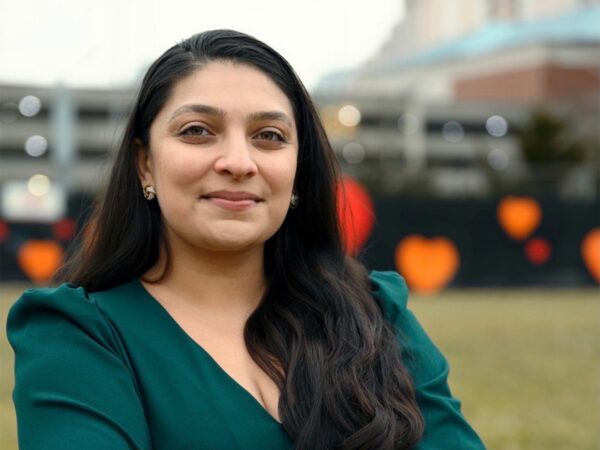 Last week, we invited the two candidates running in the Democratic primary for House of Delegates race for the 49th District to write a post about why our readers should vote for them next Tuesday (June 8).

Here is the unedited response from Karishma Mehta:

My name is Karishma Mehta and I’m running for the Democratic nomination in Virginia’s 49th House District here in South Arlington and parts of Fairfax County to be a representative for the working people of this district, not the special interests.

As I’ve knocked doors in this district, I’ve heard stories that remind me of my own. My parents came here from India seeking a better life and they struggled with rent, school lunch debt, and lack of healthcare, all without the protection of a union. After I graduated from college, I inherited these struggles. I worked long hours at jobs that paid starvation wages to help pay down student debt that I still have as a renter on Columbia Pike. When I became a teacher, I skipped meals and avoided the doctor to fund my own classroom while watching my students struggle with the same obstacles that I grew up with. That’s the reason I decided to run, to break that cycle of inequity for my students and their futures.

I’m running in the same tradition as so many amazing women who came before me. I’m a young South Asian woman. To say we aren’t represented in politics is an understatement and after seeing so many courageous women run in Virginia and with our historic passage of the ERA, I knew I was ready to take this step to be the first woman of color to ever represent South Arlington in the General Assembly. My experience as a working person, a woman of color, and daughter of immigrants informs my policy. That’s the type of experience and leadership we need in the House of Delegates during these difficult times.

People in the 49th deserve a leader who will stand courageously with them, not corporations, to take on our racist criminal justice system, an inequitable education system, and an economic system that allows the very rich to keep getting richer, while the rest of us continue to struggle paycheck-to-paycheck. In our district, as corporations like Amazon move in, we need bold representation pushing for the people who live here right now and have lived in Arlington for generations. I will be an advocate for all people in this district, and never be on the side of big business or the corporate landlords like AHC Inc. We need courage to move forward without these interests influencing our politics and pass legislation that safeguards the rights of every Virginian.

That means finally getting our commonwealth to universal healthcare coverage through a single-payer system. That also means passing a comprehensive Green New Deal for Virginia that prioritizes workers and Black and brown folks hit hardest by environmental injustice. That means providing universal Pre-K to all our families.

I’m asking for your vote because to do this we need a delegate who is out in front, fighting for these universal programs, not taking money from the companies who continue to commodify our human rights. I will work alongside anyone to pass legislation for working people and when I go to Richmond, I’m taking the stories and the people of the 49th with me. We have built a movement in Arlington and Fairfax and I’m asking for you to help build that momentum so we can pass a common agenda for all our people. Thank you for your continued support over these 8 months and I look forward to serving you in Richmond.

END_OF_DOCUMENT_TOKEN_TO_BE_REPLACED

More Stories
Alfonso Lopez: Why You Should Vote for MeYour Beermonger: With Arrowine’s Doors Back Open, We Wanted to Know… What’s a Monger?