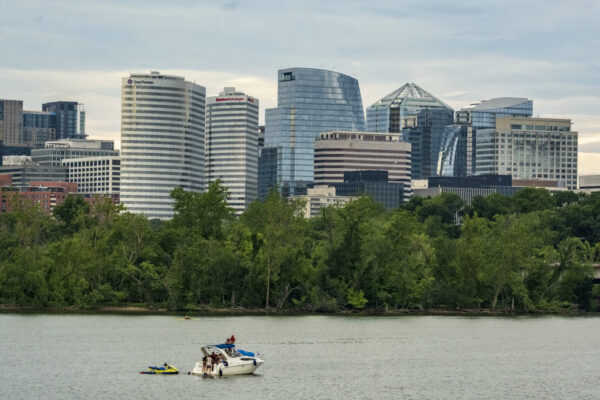 Yorktown Grad Sets Record at Olympic Trials — “18-Year-Old Arlington Aquatic Club swimmer Torri Huske just exploded in the first heat of women’s 100 fly semifinals, breaking the American Record. After showing off her speed this morning, splitting under World Record pace on the first 50, Huske blasted a 55.78 to touch first tonight. The swim marks a personal best by nearly a full second, and makes Huske just the 2nd American of all-time to break 56 seconds in the event.” [SwimSwam, Twitter, Twitter]

Amazon Adopts Hybrid Office Schedule — “We’ve adjusted our guidance on our plans for returning to the office and added more clarity. Going forward, we’ve decided to offer Amazonians a mix of working between the office and home… Our new baseline will be three days a week in the office (with the specific days being determined by your leadership team), leaving you flexibility to work remotely up to two days a week.” [Amazon]

Arlington Man Imprisoned for Harassment — “For more than a decade, the employees of a Washington think tank were traumatized by an unlikely harasser: a career Foreign Service officer. In hundreds of emails and voicemails, he called them ‘Arab American terrorist murderers’ and ranted about how they should be cleansed. Yet there was almost nothing they could do.” [Washingtonian]

Marymount Gets Federal Grant — “Marymount University has established a new fellowship program to prepare Clinical Mental Health Counseling graduates to serve high-needs populations and meet the demands of a growing profession. A $1.2 million grant from the U.S. Health Resources and Services Administration (HRSA) will fund 84 fellowships for students within the University’s School of Counseling.” [Press Release]

Reflections on Halls Hill History — “One of those local historians is Wilma Jones, who grew up in the mostly Black community of Halls Hill in Arlington, Virginia. Now the neighborhood is rapidly gentrifying and Black families like hers have been pushed out. Today, Jones says it’s too late to save Grandma’s house, but it’s not too late to save her history.” [With Good Reason]