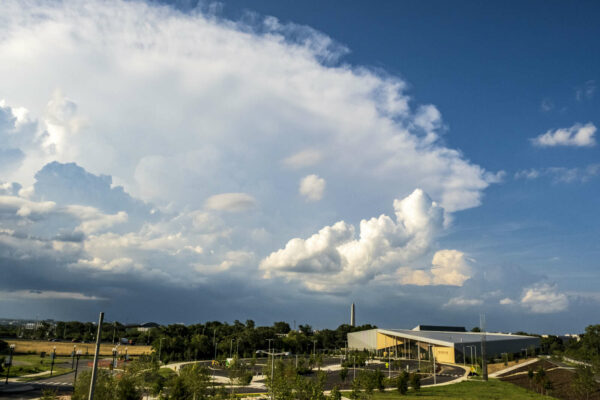 Marymount Conducting Heat Study — “Marymount University is joining 11 other higher education institutions within the Virginia Foundation for Independent Colleges (VFIC) in setting out across the state to understand where residents are most at risk during extreme heat waves. Marymount faculty, staff, students and community volunteers will use specially designed thermal sensors to record air temperatures and humidity throughout the Northern Virginia area over three specific times this Thursday: 6 am, 3 pm and 7 pm.” [Press Release]

Local Woman’s Journey from Vietnam — “It was April 30, 1975 – as North Vietnamese troops converged on Saigon in the last hours of the Vietnam War – that Sonia Johnston (then known by her Vietnamese name To Nga) boarded an American helicopter atop the U.S. embassy and, with no family at her side, was whisked away to a refugee camp in preparation for a new life… ‘I had nothing, and here I am. You can’t do it by yourself,’ Johnston said during a July 7 presentation.” [Sun Gazette]

END_OF_DOCUMENT_TOKEN_TO_BE_REPLACED

More Stories
County Daycare Facility to Close in August Ahead of RenovationsJUST IN: Arlington Named ‘Fittest City’ in U.S., Again