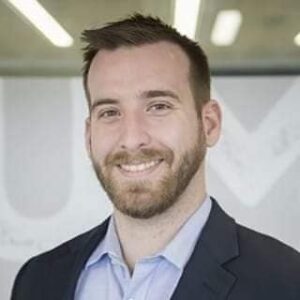 The following was written by guest columnist Thomas Bingham.

Virginia recently just decriminalized personal use of marijuana and passed reforms on use of police force. These are defining a step in the right direction and in the coming year, Virginia voters can hold candidates accountable and demand even more action on criminal justice reform.

Continued progress includes reducing sentences for crimes, improving policing, and expanding the legalization of recreational drugs. Below are policies that Arlington’s elected leaders should pursue to make the next steps toward criminal justice reform.

Mandatory minimums of these laws have been passed during the tough on crime era. The intent of these laws was to reduce crime and take dangerous people off the streets. The result has led to minorities and low-income individuals being disproportionately targeted by the harsh drug laws. The harsh drug laws with mandatory minimums are why the U.S. has one of the biggest prison systems in the world.

The Virginia State Senate took the advice of the Virginia Crime Commission and passed a bill eliminating mandatory minimum sentences for most crimes. The bill failed in the House of Delegates. Arlington’s delegation could champion a more limited version of the bill that could pass in the next legislative session. At the very least, Virginia should end mandatory minimums for drug related charges and focus on better solutions to address drug addiction.

2. Democrats should abandon the “defund the police” movement and focus on reforms

News of car jackings and armed robberies have proliferated in recent months. Cutting funding for public safety does not help assure anxious residents and could be politically damaging to moderate Democrats seeking reelection this year.

This doesn’t mean that our elected representatives should abandon police reform. Law enforcement should narrow their focus on preventing violent crimes and use more discretion on victimless crimes, particularly crimes that have been used to target people of color for arbitrary arrest. The state legislature should focus on improving training, hiring more law enforcement personnel, giving law enforcement more tools to de-escalate hostile situations and changing tactics to protect citizens.

Along with these reforms, we should pressure our Senate and House representatives to end qualified immunity. Widely denounced in the wake of Derek Chauvin’s murder of George Floyd in 2020, qualified immunity shields public officials from being personally liable from violating individual rights. This effort failed the Virginia House last year but there is a chance it could be revisited in the next legislative cycle.

Civil Asset Forfeiture, a practice that allows police departments to take money or property based on a suspicion of crime, should be banned much like Maine did recently. The easy fix would be to require a criminal conviction before taking someone’s property.

3. Adapt similar policies to Oregon to decriminalize most personal use of drugs

The War on Drugs, which has increased the surveillance and arrest of people of color for over 50 years, is at the root of our unjust and inequitable criminal justice system. The sanest route, even if it is the most controversial, would be to decriminalize the personal possession of most drugs. This radical experiment has proven to be effective in Portugal by reducing drug abuse and limiting the spread of HIV. Oregon is the first state in the US to pursue this approach.

Arlington doesn’t currently have the progressive leadership that would champion such a dramatic change from the status quo. The best route would be to build grassroots support and bring a referendum to the voters. We should start laying the groundwork now.

Virginia has made some important first steps in undoing its harsh drug laws and reforming its broken criminal justice system. There is a lot more work to do with police reform, reducing crime and ending the war on drugs.

Thomas Bingham is a California native and lives in Arlington. He has worked in the public policy field for over ten years defending liberty and advocating for limited government. In his personal time, he enjoys the outdoors and riding motorcycles.