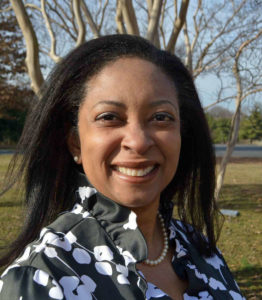 Schools should be teaching the truth. Truth, as fact and reality, is not theory. The attack on truth is percolating in Arlington.

At the June 24 School Board Meeting (at the 19:56 mark), a former APS parent implored the board to reject not only Critical Race Theory (CRT) — which APS doesn’t even teach — but specifically to reject anything rooted in equity, social justice, anti-racism and culturally responsive teaching.

You read that right. I was alarmed, but since there was only one such speaker and our Board meeting didn’t devolve into the melee that occurred just two days earlier at the Loudoun County School Board meeting, I convinced myself that this was an isolated effort in Arlington by a lone wolf, and I thought to myself, “thank God I don’t live in Loudoun.” I couldn’t have been more misguided.

Parents Defending Education (PDE), a seemingly innocuous group by its name and mission statement, deceptively masquerades itself as a “grassroots” nonprofit organization. Their website — plastered with stock photos of Black and Brown students in staged “diverse” school settings, fooling no one — misleadingly purports that: “Parents Defending Education is a national grassroots organization working to reclaim our schools from activists promoting harmful agendas. Through network and coalition building, investigative reporting, litigation, and engagement on local, state, and national policies, we are fighting indoctrination in the classroom — and for the restoration of a healthy, non-political education for our kids.”

In fact, PDE is a national movement funded largely by political right wing moguls like the Koch brothers and the Walton family. By their own standards, PDE is a case study in hypocrisy. They exist to accomplish the very ends they are purporting to subvert.

PDE is engaging in political activism. PDE is promoting the harmful agenda of whitewashed history. PDE is indoctrinating its members to believe that CRT is being taught in APS and is about teaching students to hate. This is hypocritical race theory. It’s an attack on the truth.

On June 9, PDE’s Director of Advocacy filed a FOIA request with APS seeking documentation about the procurement and distribution of the book Stamped: Racism, Antiracism, and You: A Remix of the National Book Award-winning Stamped from the Beginning and speaker fees paid to co-author Jason Reynolds.

Armed with that data, PDE lambasted APS and Amazon for the $16,000 it spent on the books and speaker engagement fees “instead of donating hot spots for remote learning.” Now, there are a plethora of legitimate reasons to be critical of Amazon and APS, but this one isn’t credible. It’s laughable. Perhaps if the PDE leadership lived here and paid taxes to Arlington, they would have known about the $500,000 grant APS received to provide MiFis to low-income families. They will not stop at this though. We need to be paying attention.

Quite frankly, I am growing tired of the political bastardization of CRT, how it is being efficiently misused as both boogeyman and straw man to distract and disarm us in a disguised quest to destroy truth and score political points. This kind of gaslighting is the mortar that has cemented white supremacy for over 400 years. We cannot afford to ignore this fake controversy or take it lightly. We must fight back. We must defend and protect our teachers and administrators who are teaching the truth.

Teaching about the role of race and how racism permeates and manifests in our society is what critical thinking is all about. It’s a learned skill. Our students don’t get enough of it. It’s our responsibility to equip them with the tools to learn from mistakes of the past and build a better future. We should be preparing students to view our nation holistically and draw their own conclusions. That is not indoctrination. That is preparation: preparation to become better students, better thinkers, better leaders, better colleagues, better partners, better neighbors and better citizens. We owe them that. And, students want the truth.

“Virginia is the place where enslaved Africans first landed and where American representative democracy was born. Virginia is the place where emancipation began and the Confederate capitol [sic] was located. Virginia is the place where schools were closed under Massive Resistance, rather than desegregate and allow Black children to attend, and it is the state that elected the nation’s first African American governor: “Virginia is a place of contradictions and complexity. We take a step forward and, often, a step back. We have to acknowledge that. We have to teach that complexity to our children, and often to our adults. We are a state that for too long has told a false story of ourselves. The story we tell is insufficient and inadequate, especially when it comes to Black history. We must remember that Black history IS American history . . . We want to make sure all students develop a full and comprehensive understanding of the African-American voices that contribute to our story. While we cannot change the past, we can use it and learn from it. When we know more, we can do more. As we reckon with the painful legacy of Virginia’s racist past, and acknowledge that it continues to shape our present, we can and must continue to act to improve the future. We must work to tell our full and true story. It is our job — all of us that make up this diverse society — to ensure that when the next generation looks back — a generation that is hopefully more inclusive than we have been — they see a more accurate narrative, one that tells the truth, and includes everyone,” said Governor Ralph Northam on August 2020.

Symone Walker is a federal attorney and an APS parent. She is Vice President of the Arlington Special Education Advisory Committee (ASEAC), serves on the Commonwealth Attorney’s Community Advisory Board, and is an Executive Committee Member of the Arlington NAACP and Co-Chair of the NAACP Education Committee. Symone is a former candidate for the Arlington school board.