Arlington residents learned about a string of ethical and financial transgressions by Arlington County Board Chairman Christian Dorsey last week.

After waiting four months to disclose a $10,000 campaign contribution from Metro’s largest union, Dorsey – who serves as a principal director on the WMATA (Metro) Board – was removed as finance chair of the board in a special meeting last Thursday.

The WMATA Board found that Dorsey violated its code of ethics and likely voted on a number of issues for which he should have recused himself during the four-month period. Dorsey called it a careless oversight, but when independent candidate Audrey Clement raised the issue at the Committee of 100 candidate debate in early October, Dorsey said there was no conflict of interest as the Metro Board does not handle union business.

Dorsey’s rebuttal is patently false. According to Tom Webb, the VP for Labor Relations at WMATA, the WMATA Board not only votes to approve contracts negotiated with ATU 689 (the union that contributed $10,000 to Dorsey’s campaign) and other unions, it also provides direction to the WMATA General Manager in advance of those negotiations. In retrospect, Dorsey’s casual and condescending dismissal of then-candidate Clement’s line of attack reveals another layer of arrogance.

What readers may not realize is the $10,000 contribution is just the tip of the iceberg. On December 3, 2018, Dorsey received a $1,500 contribution from Volkert, which has a contract for the Dulles Silver Line extension. Nine days later, Dorsey used $1,250 of those funds to pay down a 2015 loan.

The second shoe to drop came just one day later when Arlingtonians learned about Mr. Dorsey’s Chapter 13 bankruptcy filing, which occurred on October 16. In the realm of politics, I’m hesitant to criticize anyone’s personal financial misgivings. Bankruptcy is a financial protection provided by law; however, as many readers with various levels of security clearance know, personal financial issues are a major concern when identifying (potential) employees who would be susceptible to ethical compromise.

An egregious aspect of this part of the story is that Mr. Dorsey blamed his public service for his diminished personal income, signaling to residents that he has taken a personal hit to govern over us. As readers will recall, the Arlington County Board voted to raise its salary cap in June of this year. Chairman Dorsey said, “I support increasing the salary cap because I believe it will encourage more people, from varied economic backgrounds, to think about serving on this Board.”

Given the new context, those words likely have new meaning to many readers here.

On top of all that, Chairman Dorsey championed a property tax increase in April of this year, advising Arlington taxpayers to “scrub the family budget” to cover the cost of the tax increase.

END_OF_DOCUMENT_TOKEN_TO_BE_REPLACED 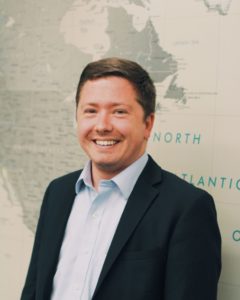 Welcome, neighbor! My name is Matthew Hurtt, and you’ve stumbled upon Hurtt Locker, a biweekly column about fiscal responsibility and good governance in Arlington. I’m grateful to the ARLnow team for giving me some space here to have this conversation with you.

Arlington is a vibrant and thriving community with a rich history of civic engagement, where decisions are debated and discussed at the neighborhood level. From time to time, however, county leaders appear to make decisions before seeking community input; and the process looks more like a formality rather than a genuine effort to engage the wide array of interest groups that exist and organize here.

If we are to pursue the “Arlington Way,” we must continue to engage interest groups, neighborhoods, and individuals in robust conversation about the issues that impact our lives – from traffic and infrastructure to education to financial incentives that attract businesses and jobs to Arlington.

I hope to explore these issues with you, neighbor, in a thought-provoking way. And I will draw on my community experience and engagement at the local level. Over the past several years, I have been at the table to discuss short-term rental regulations, food truck restrictions, and most recently, e-scooter and dockless bike regulations. In each of these conversations, I have pushed to break down barriers, encouraging county leaders to empower citizens to embrace expanded opportunity and prosperity.

And when it comes to budgeting for our future, I hope to reinvigorate the conversation around bond issues — questioning the trend by county leaders of lumping “must have” projects with premium projects. Voters should have a clear choice when it comes to funding necessary projects over vanity projects.

Perhaps most importantly, I want to connect with you and find opportunities to collaborate and converse about these important issues. Beyond this column, I hope you will engage with me in person and at community events, or on social media. I strongly believe that cross-partisan discourse is possible here in Arlington. Let’s lead the way.

Matthew Hurtt is a 10-year Arlington resident who is passionate about localism and government transparency and accountability. Hurtt is a member of the Arlington Heights Civic Association and was previously the chairman of the Arlington Falls Church Young Republicans. Hurtt prides himself on his ability to bring people of diverse perspectives together to break down barriers that stand in the way of people realizing their potential. He is originally from outside Nashville.