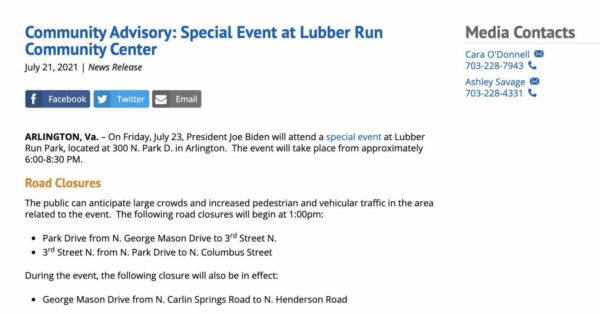 Arlington County is misusing taxpayer resources and county bandwidth to actively promote a partisan campaign rally. One-party rule in Arlington continues to produce a lack of accountability for our elected leaders and county officials. Not only are they actively promoting a political event, they also went a step further to link to the event RSVP page. Tens of thousands of Republicans, Independents, Libertarians, and Greens certainly object to this blatant misuse of taxpayer resources and county bandwidth. But it’s not surprising to see the Democratic Establishment once again put their finger on the scale for their preferred political outcome.