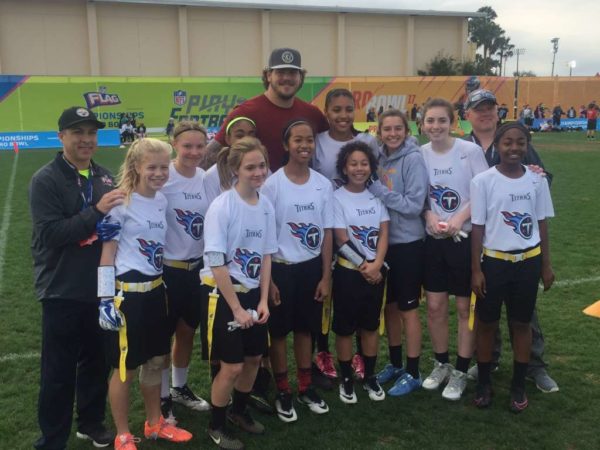 The Arlington NFL Flag 14U Girls won the National Championship which were held in conjunction with the NFL Pro Bowl festivities at the Walt Disney World Wide World of Sports Complex. The National tournament brings together the eight Regional winners from the over 1,000 nationwide programs.

Arlington represented the Tennessee Titans and went 6-0 for the day, defeating the returning National Championship team from Texas in the semi-finals.

Arlington NFL Flag is an Arlington County Parks and Recreation program with over 1,160 players in the 2016 season.  Besides their regular season games, some players participated in halftime games for the Washington Redskins and Baltimore Ravens.  Also, 2016 saw the launch of the program’s first All Girls Division which is one of the largest in the nation.