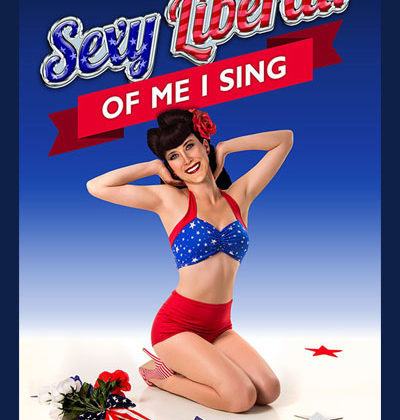 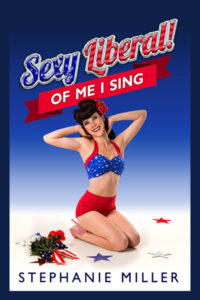 Gival Press, an Arlington independent award-winning press, has published Stephanie Miller’s book “Sexy Liberal! Of Me I Sing,” which is now a top-selling political, humorous memoir in paperback format.

Publisher Robert Giron points out that this wouldn’t have been possible without the assistance of Ken Schellenberg (his husband), who’s a avid podcast listener of Stephanie Miller.

“The Stephanie Miller Show” is the #1 liberal talk radio show in the country. With Arbitron ratings clocking over 3+ million listeners a week and simulcast daily in 37 million homes on Free Speech TV, where she is also the number one show, her strongest numbers are in the grand prize demographic of highly educated males 25-54, despite, or maybe because of, her status as an out gay woman. It probably explains the sublime effectiveness of her national billboard slogan: “Stephanie Miller…making men rise in the morning”. Stephanie also headlined the country’s number one comedy tour, “Stephanie Miller’s Sexy Liberal Comedy Tour”, as well as the number one comedy album, “Stephanie Miller’s Sexy Liberal Comedy Album”. She has recently had her second and third #1 comedy albums in the country with her “Stephanie Miller’s Happy Hour, Volume One” and “Stephanie Miller’s Happy Hour, Volume Two.” She frequents the Holy Trinity of cable news: CNN, MSNBC, and FOX, where she bursts the infallibility balloons of right wingers, often with one well-aimed pinpoint punchline. Here is SEXY LIBERAL!, which you can see as Al Franken rewritten by Sarah Silverman, Chelsea Handler horizontal on the desk of The Daily Show. Steph is the youngest child of Congressman William Miller of New York, Barry Goldwater’s running mate in 1964. We all know how that turned out. Though Steph was only 3, she shows here how that defeat affected her as much as it changed the Republican Party. It made her who she is. SEXY LIBERAL! is the book her 3,000,000 fans have been begging her to write. It’s both deeply personal and hilariously political. But most of all it is Stephanie’s unique voice, her jokes, her happy clappy optimism, and her truth that they tune into day after day, that they download as a subscription podcast, that they buy tickets for, to see her unbleeped and in person. That’s what SEXY LIBERAL! delivers. Like an uncensored comedy drone right to your door!

“Stephanie Miller is like ice cream for breakfast, or box-wine through a Krazy Straw: pure pleasure that some people say is bad for you, but you know better. Sexy Liberal! is deeply, deeply profane, big-hearted, surprising, and it might make you pee your pants a little. Just what you need! Read this book. Stephanie Miller for Everything, 2016!”–Rachel Maddow, host of “The Rachel Maddow Show” and author of “Drift: The Unmooring of American Military Power”

“Stephanie Miller is inspired! In this book, she has sewn together a patchwork quilt of riotous, unique material that will have you in stitches. Sexy Liberal! is a great book with mind-expanding astuteness and side-splitting humor. Stephanie Miller is so wondrously witty and wise you will want to quote her. But, first, you must read her.”
–Lily Tomlin

“Warning: Stephanie Miller’s book ‘Sexy Liberal!’ is so hot it may hasten global warming. And yet, she is so cool! She is ahead of the comedy curve.”–Jane Wagner

“Reading Stephanie’s book is like being on the best kind of dinner date. The conversation is smart, funny and politically insightful. And Stephanie’s contribution isn’t bad either. Seriously, what a fun read. Stephanie, in her wonderfully self-deprecating way, lets you into her brilliant mind, her no BS take on the political scene, and life itself. Enter at your own risk.”–Rob Reiner

The paperback, 118 pages, is available from Amazon.com, BN.com, and is at local bookstores.

Of note, Stephanie Miller will be appearing in Philadelphia at the Walnut Street Theatre on July 24th, just before the Democratic Convention.