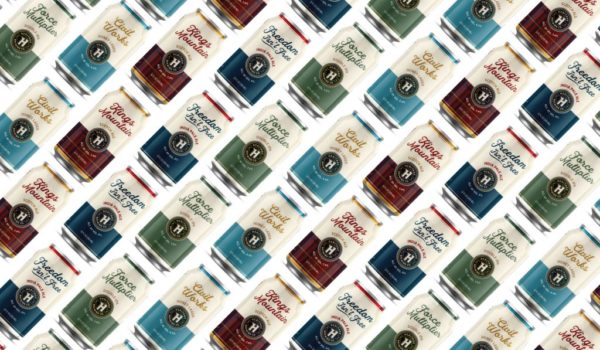 Since 2013, Heritage Brewing co. has consistently sought to improve their company and products in every way possible. Their initial offerings provided an introduction to their craft brewing ability, but by no means the limits of their capability.

This year, they are taking their brands forward in a big way. They have refined their products inside and out to meet craft beer drinker’s demands. With expertly tuned recipes, and fresh new flagship offerings, Heritage Brewing co. has never been more ready to serve the craft beer community.

Over the coming months they will be updating their company to reflect these changes, to include a new flagship lineup available March 10. Updates to their existing taproom will follow in the next few weeks and updates to their Arlington brewpub throughout the course of the year. They expect to be complete with this update by the end of 2018.

Heritage Brewing co. has always taken every effort possible to create and design everything that they make, in look, feel, and taste. They hand craft their own brews from start to finish and design their aesthetics, logos and products themselves.

Heritage Brewing co.’s founders and veteran brothers Ryan and Sean Arroyo are at last working side by side full time in the brewery. Ryan honorably finished his service with U.S. Army recently, where he served for 10 combat deployments, and received the Purple Heart, and four Bronze Stars, amongst other awards.

Their new brand and logo gives a nod to the two veteran founders of their company with its subtle stars side by side. The “H” in the center is meant to indicate the ever forward moving and progressing nature of their company. As they continually seek out excellence in everything that they do, their logo is always moving onward to the next goal, next pursuit, next great creation.