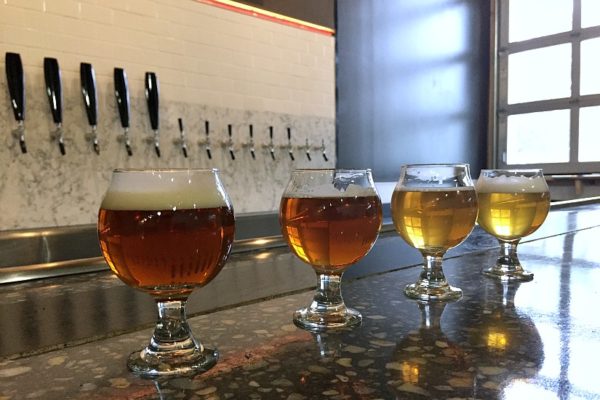 The Crystal City Business Improvement District is excited to announce that Oktoberfest is returning in 2019 with a new partner, local Arlington brewery New District Brewing.

The second annual celebration, which will feature a selection of local beers, live entertainment, and a variety of food trucks and vendors serving traditional German fare, will take place on Saturday, September 28, 2019 from 1pm to 4pm at The Grounds, located at 12th and South Eads Street in Crystal City.

“After welcoming a sellout crowd of nearly 2,000 local residents in its inaugural year, Oktoberfest is back by popular demand,” says Tracy Gabriel, President & Executive Director of the BID. “We are thrilled to partner with New District Brewing, which is Arlington’s only brewery, to create an even more memorable experience for all of our attendees.”

Thanks to New District Brewing, this year’s Oktoberfest will include custom-made beers brewed specifically for the event. In addition to the four custom brews – available only during Crystal City Oktoberfest – each participating brewery will have their most popular regular offerings available for attendees to enjoy.

“New District Brewery is proud to partner with the Crystal City BID to offer a unique beer experience for the Oktoberfest season,” says Mike Katrivanos, Co-Owner of New District Brewery. “Four local breweries including Settle Down Easy, Valor, Dynasty, and New District will bring you four custom brewed German themed beers (to be announced) for your tasting pleasure!”