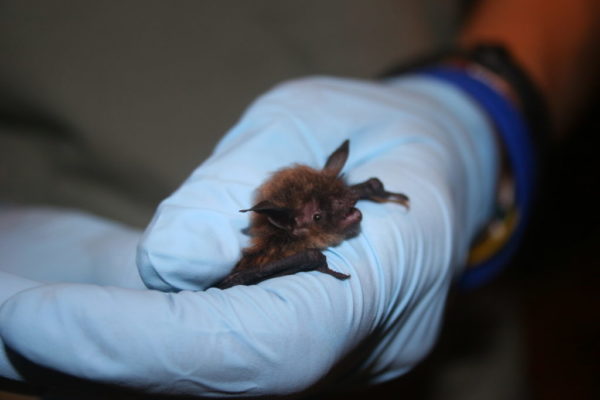 Arlington will host an all-things-bat event later this month for families looking to learn more about the nocturnal mammals.

Next Saturday, August 24, people can check out the festival at the Gulf Branch Nature Center (3608 Military Road) from 6:30-9 p.m. The event will include a live bat show as well as games, crafts, and a walk to teach participants more about bat habitats.

The bat shows are led by Leslie Sturges, who runs the Save Lucy Campaign conservation program. Sturges is a former Smithsonian zookeeper who founded a Virginia bat rescue center called Bat World NOVA.

Animal Control Chief Jennifer Toussaint previously told ARLnow that the epidemic has hit the county hard, and asked residents’ help in saving any of the remaining ones.

“Eight years ago as an officer I would periodically bring in little brown bats,” she said. “I haven’t seen one in about two years.”

Organizers for the Arlington festival wrote in the Facebook event description that the event is a chance, “enjoy a thoroughly batty evening and add to your knowledge of local night life.”

Registration is required for the festival, and costs $5. Anyone interested in attending can sign up on the county’s website, or by calling the Nature Center at 703-228-3403.

The Arlington Bat Festival is back Saturday, Aug. 24, at Gulf Branch Nature Center.

The annual event, which serves to entertain and educate locals about the flying nocturnal creatures, begins at 6:00 p.m. with “Bat Talk” activities for younger children at 3608 N. Military Road.

Bat Fest admission is $7, up from $5 last year, and visitors are encouraged to register in advance in order to be sure of a spot. The festival typically draws more than 100 people.

This year, the festivities will include habitat walks, games, crafts, a festival lantern parade and live bat shows presented by Leslie Sturges, Director of Save Lucy, A Little Brown Bat, established to protect and conserve bats in the region. Bat shows run every 45 minutes until the event ends at 9:00 p.m.

Image via Department of Parks and Recreation 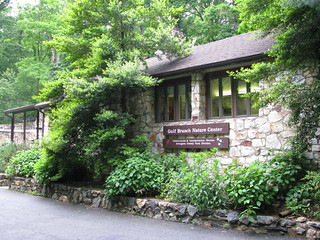 The event includes crafts and games for families and a walk through the woods to check out the bats’ habitat. Adults are welcome to stay until later, when Nature Center guides will go out to search for flying bats.

Bat Fest draws about 100 people each year, so the Nature Center is asking those interested to register in advance online. Admission is $5.