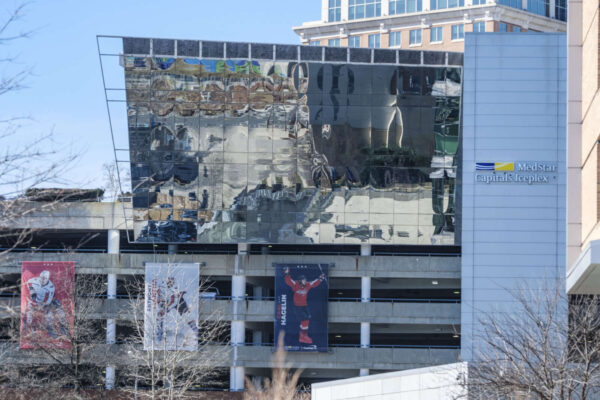 Preservation Legislation Shuffled — “After a subcommittee approved a measure being sought to give preservation advocates an additional voice in decisions made at the local level, but simultaneously stripped out some key provisions of the bill, its sponsor made a request. Would the House Committee on Counties, Cities and Towns, where the measure was being considered, agree to move the bill to the Committee on Courts of Justice, Del. Patrick Hope asked.” [Sun Gazette]

Don’t Drive Drunk on Super Bowl Sunday — “To keep spectators safe on the roads, the Arlington County Police Department is teaming up with the U.S. Department of Transportation’s National Highway Traffic Safety Administration (NHTSA) to remind football fans everywhere that Fans Don’t Let Fans Drive Drunk… in 2019, there were 10,142 people killed in alcohol-impaired-driving crashes throughout the United States.” [ACPD]

Yogurt Cup Recycling Confusion — Can you recycle small plastic yogurt cups, like those used by Activia and other brands? That’s a solid maybe, according to the Arlington Dept. of Environmental Services. Previously, the county has released publications that alternately described yogurt cups as recyclable and not recyclable. [Twitter]

Injured Squirrel Returns to Fairlington — “Last week, our Animal Control team took in a badly injured squirrel who who received life-saving care at [Blue Ridge Wildlife Center]. Today, Officer Ballena released the now-healthy squirrel back into the wild, very close to where he was found. He was very ready to be back in the wild where he belongs! ” [Facebook]

Changes to Electoral Board — “Weinstein, who like [newly-elected Arlington Electoral Board Chair Kim] Phillip is a Democrat on the body, turned over the reins because, come December, he will depart when Republicans pick up a second seat due to the election of Glenn Youngkin as governor. State law requires electoral boards to be composed of two members of the governor’s party, one from the opposing party. Weinstein will serve as vice chair for the remainder of his term, while Republican Scott McGeary will retain his post as secretary.” [Sun Gazette]

Sunday Snow Likely to Be Light — “Our spell of springlike weather will come to a sudden halt Saturday night as a cold front barges through the region, setting the stage for a possible light snowfall early Sunday morning. Right now this doesn’t look like a big deal for several reasons.” [Capital Weather Gang]

Route 1 Project Now Mostly Funded — “Virginia is making a huge financial commitment to the transformation of U.S. Route 1 as it runs through Crystal City, fulfilling a key promise officials made to Amazon.com Inc. to lure the tech giant to Arlington. The Commonwealth Transportation Board, a panel that manages state transportation funding and policy, voted unanimously Wednesday to allocate $134.4 million to fund the highway’s overhaul through 2028. The project, designed to bring at least some portion of the newly renamed Richmond Highway down to grade and make it more friendly to pedestrians, has a total estimated price tag of roughly $180 million.” [Washington Business Journal]

FAA Says Proposed HQ2 ‘Helix’ Is Okay — “The Federal Aviation Administration has no issue with the height of Amazon.com Inc.’s proposed Helix, the towering conical structure that will be a major part of HQ2’s PenPlace phase, closing the book on questions raised by the Metropolitan Washington Airports Authority.” [Washington Business Journal]

Arlington Says It’s Ready for Winter — “Despite predictions for another below-average snowfall this winter, the County can’t stray from a solid-if-not-frozen annual strategy: Prepare for whatever nature may drop. Commuters can take comfort knowing a big County response of almost 50 trucks – plus additional contractors – can roll in case forecasters are wrong at any point in coming months.” [Arlington County]

New Term for Electoral Board Member — “The three-member Arlington Electoral Board will have continuity for the coming year, with Republican Scott McGeary on Dec. 6 reappointed to a three-year term. Arlington Circuit Court Chief Judge William Newman Jr. signed the order of appointment, which was not a surprise – even though the Arlington County Republican Committee was expected to submit three names for the court’s consideration, McGeary (who has served on the body, on and off, for nearly 30 years) was anticipated to receive the nod.” [Sun Gazette]

New ‘Wish Catalog’ for Local Nonprofits — “Looking for a way to add more charitable giving to the season of giving while supporting your neighbors in need? For the second year in a row, Arlington Community Foundation is excited to host the Nonprofit Wish Catalog featuring grant ideas of 26 local nonprofits with wishes of up to $5,000 each.” [Arlington Community Foundation]

It’s Thursday — After a few snow flurries yesterday, today will also be cold, with increasing clouds and a high near 44. Sunrise at 7:15 a.m. and sunset at 4:46 p.m. Tomorrow there is a slight chance of showers after 1 p.m., otherwise Friday will be partly sunny, with a high near 54. [Weather.gov]

In the first gubernatorial race since Virginia implemented an array of voting reforms, one thing remains the same: early voter turnout in Arlington continues to surpass regional and state levels.

It’s a trend that Arlington’s general registrar and election director Gretchen Reinemeyer says she has seen since she started working with the county in 2008 as a seasonal employee with the Voting and Elections Office.

As of yesterday (Wednesday), over 27,000 early ballots in Arlington County were cast, consisting of nearly 10,000 mail-in ballots and over 17,000 in-person votes.

Arlington held its first Sunday voting ever on Oct. 24, with 1,454 voters casting ballots in four hours, according to the county. As of July 1, the state permitted the general registrars or electoral boards of jurisdictions to decide if they want to provide voting on Sundays.

“I thought [it] was a very successful inaugural Sunday voting event,” said Matt Weinstein, chair of the county’s three-member Electoral Board, adding that he’d like to see the county do it again.

Arlington’s elevated early voter turnout rate may not be a new phenomenon, but there are a few new changes Gov. Ralph Northam signed into law last year to improve voter participation.

One law dropped the requirement of voters providing an approved reason for absentee voting as of last year’s presidential election. Another law automatically registers people to vote (unless they decline) when they get a driver’s license or make other changes with the Department of Motor Vehicles.

While early voting may increase access to the polls, it does make the job of election outcome predicting more difficult, according to former Arlington County Treasurer and local amateur election prognosticator Frank O’Leary.

“In the past, it was possible to estimate absentee turnout, as Election Day approached, and from that statistic estimate total turnout,” he said. “Unfortunately, ‘absentee voting’ (which was relatively restrictive) has been supplanted by early voting… Thus, all my prior statistics of absentee voting are rendered null and void, which reduces me to ‘guesstimating’ Arlington’s turnout and by inference that of all Virginia.”