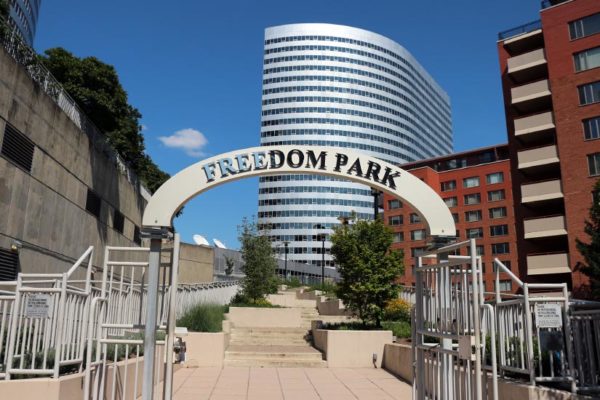 A whole lot of shaking will be going on at Rosslyn’s Freedom Park, where a series of belly dancing classes will occur.

The hour-long classes, which run from May 9-30, target beginners looking to learn belly dancing basics. Classes take place on Wednesdays starting at 6 p.m.

A new move will be introduced each week by an instructor with Saffron Dance, and “particular focus is given to developing correct posture alignment, flexibility, arm positions and paths, fundamental shimmies, basic hip accents, introductory undulations, easy to follow traveling steps and combinations.”

The cost is $25 to attend four classes at Freedom Park, a typically quiet, elevated park at 1101 Wilson Boulevard.

This isn’t the first time that Saffron Dance has brought its craft into the community. Back in 2011, the studio organized a belly dancing flash mob in Clarendon.