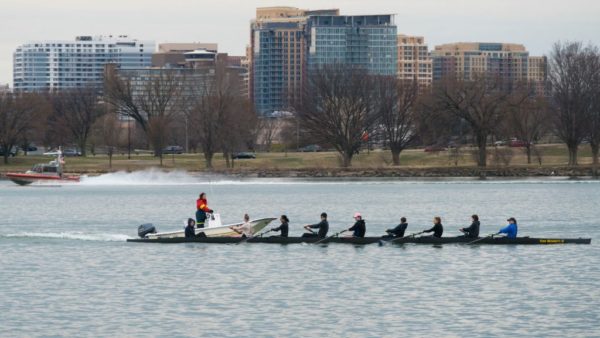 Overnight House Fire in Rock Spring — The Arlington County Fire Department battled a blaze in the basement of a home in the Rock Spring neighborhood early this morning. One occupant of the home was brought to the hospital for treatment of smoke inhalation. [Twitter]

ACFD Battles Falls Church Fire — Arlington and Fairfax County firefighters battled a two-alarm house fire in Falls Church early Sunday morning. The home’s occupant was able to get out but was transported to the hospital. The house, which had “hazardous hoarding conditions” inside, it believed to be a total loss. [City of Falls Church, Falls Church News-Press]

Warner Blasts ‘Dark Underbelly of Social Media’ — Sen. Mark Warner (D-Va.) went on NBC’s Meet the Press over the weekend and addressed the topic of Facebook’s privacy issues and alleged Russian election interference. “I think the whole industry has been reluctant to accept the fact that we’re seeing the dark underbelly of social media, and how it can be manipulated,” Warner said, adding: “frankly, Mr. Zuckerberg needs to come and testify.” [YouTube]

County Recognizes Businesses for Transportation Programs — “The Arlington County Board honored 19 local businesses and properties for their dedication to providing sustainable transportation to employees and tenants, as part of the Champions program. The program… motivates businesses, multi-family residential communities, commercial properties and schools to recognize the impact they can make on reducing traffic congestion in Arlington County.” [Arlington County]

Twenty-one pets, including 19 cats and two dogs, were removed from a home in Arlington with hoarding conditions.

Arlington animal control officers responded with police to the home on Thursday, Jan. 18 to execute a search warrant “in relation to potential cruelty and hoarding,” according to an Animal Welfare League of Arlington spokeswoman.

Toussaint issued the following statement about the situation to ARLnow.com.

The success of these types of operations rises and falls on the support from the county and community. So many hands have gone into the positive outcome for these animals. I would like to recognize a few of those individuals and agencies who stepped up with less than 48 hour notice to come to these animals’ aid.

First and foremost I would like to thank the Animal Welfare League of Arlington. From making space for them, to establishing isolation for the sick cats, to lending support staff on site for the warrant execution, and now ultimately taking on the care and placement of 16 cats. They come through time and time again for our team and the community’s animals in need and provide top-notch care and compassion to every animal that is in their care.

I would also like to thank the Arlington County Police Department and Arlington County Commonwealth Attorney’s Office for their assistance and professionalism in this case from pre-warrant execution to the custody hearing. 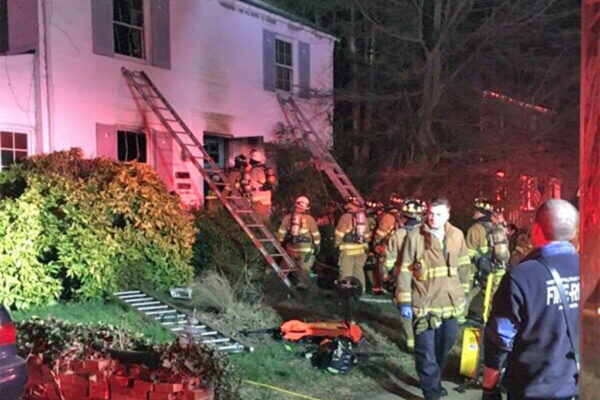 One person is dead and another is in critical condition after a fire in an Arlington home that had “hoarding conditions” inside, according to firefighters.

The fire was reported at a home on the 2600 block of S. Grant Street, in the Aurora Highlands neighborhood near Crystal City, around 9 p.m. Sunday.

One person was brought out of the home, treated by medics and transported to Virginia Hospital Center. A second person was located in the home and later pronounced dead.

Update at 2:30 p.m. — Arlington County has released the following press release about the investigation into the house fire.

One person is dead and another critically injured after a house fire last night at 2623 S. Grant St.

Arlington County Fire Department (ACFD) crews arrived on the scene shortly before 9 p.m. to find dark smoke coming from all levels of the single-family home and flames on the first floor.

After neighbors reported that the two residents of the home were unaccounted for, crews had difficulty entering through the front door because of hazardous hoarding conditions inside.

Widespread clutter in the home not only delayed search, rescue and suppression efforts but was also found later to be a factor in spreading the flames.

Both victims were ultimately located on the first floor and removed from the home. The fire was brought under control in about 20 minutes.

An adult male was pronounced dead at the scene and an adult female was transported to the Virginia Hospital Center in critical condition with life-threatening injuries.

Some 60 firefighters responded to the blaze, including personnel from Alexandria Fire Department, Joint Base Myer-Henderson Hall Fire Emergency Services and the Metropolitan Washington Airports Authority Fire and Rescue.

ACFD fire marshals are investigating the origin and cause of the blaze and have been unable to confirm the presence of any working smoke alarms in the home.

ACFD urges you to:

The time to take steps to make a home safer is right now.