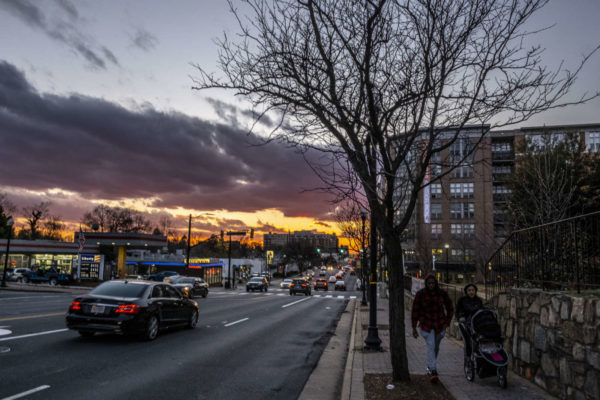 Endorsements for Choun — Chanda Choun, who is running in the Democratic Arlington County Board primary against incumbent Libby Garvey, has received the endorsement of a pair of current and former elected officials: former County Board member Jay Fisette and, most recently, current Commissioner of Revenue Ingrid Morroy. [Twitter, Chanda Choun]

Chain Salon Locations to Close — “The parent company of Hair Cuttery, Bubbles, and other salon chains will close more than 80 locations around the country starting later in January… A full list of the stores that will shutter was not disclosed. There are more than 30 Hair Cuttery locations, 20 Bubbles locations, 14 Salon Plazas and three Salon Cielos in Greater Washington.” [Washington Business Journal]

Musical Performances at DCA — “Washington Dulles International Airport (IAD) and Ronald Reagan Washington National Airport (DCA) will host its annual Black History Month celebration of achievements and contributions to American history by African Americans with musical performances for passengers traveling through both airports each Thursday during the month of February.” [Press Release]

Dorsey Absent from WMATA Board Meeting — Arlington County Board and WMATA Board member Christian Dorsey was absent from the latter body’s meeting yesterday, raising an eyebrow. A WMATA spokesman tells ARLnow that Dorsey was not at the meeting because we was “going to Richmond to provide testimony.” 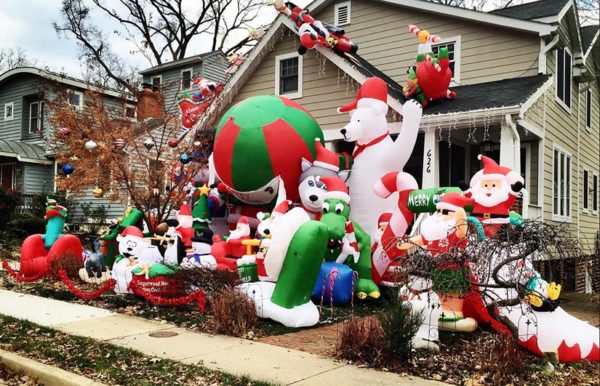 Morroy Announces Re-election Bid — Arlington Commissioner of Revenue Ingrid Morroy announced that she will be seeking re-election in 2015 at last night’s Arlington County Democratic Committee meeting. Morroy, who is recovering from recent hip replacement surgery, outlined her goals for a new term. The goals include returning property assessments to the Commissioner of Revenue’s office, thus bringing it under the supervision of an elected official who’s directly responsible to taxpayers.

Arlingtonian Running for UK Parliament — Arlington resident Sonia Klein, who was born in London, is running for a seat in the UK House of Commons. Klein, who’s affiliated with the Labour Party, can run because residency is not required to run for House of Commons seats. Klein has previously served as vice chair of precinct operations for the Arlington County Democratic Committee. [InsideNova]

Whipple Appointed to Board of Health — Gov. Terry McAuliffe has appointed former state Sen. Mary Margaret Whipple to the Virginia Board of Health. Whipple previously represented the 31st District, which includes Arlington, in the state Senate. [Commonwealth of Virginia]

New Cycletrack Proposed — Arlington County is proposing a sidewalk-level cycletrack along S. Walter Reed Drive to connect the W&OD Trail and the Four Mile Run Trail. However, some cyclists are concerned the cycletrack would be barely distinguishable from the adjacent sidewalk. [Greater Greater Washington]

Clarendon Office Building Sold — The recently-constructed office building at 3003 Washington Blvd in Clarendon has been sold. KBS Real Estate Investment Trust has reportedly agreed to purchase the building from Penzance Cos. for $146.8 million. The building is 95 percent leased to eight tenants. [GlobeSt, Washington Business Journal] 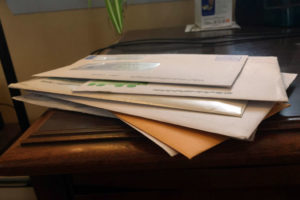 Some businesses in Arlington have been getting letters from the “Virginia Council of Corporations” asking for money as part of a mail scam.

Arlington Commissioner of Revenue Ingrid Morroy sent out an email this week warning residents and businesses that some have received scam letters requesting financial records and $125. From Morroy’s email:

“It has come to our attention that a mailing soliciting funds is being sent from an organization calling itself the Virginia Council for Corporations,” the email says. “This is a scam — there is no such council. Do not send money to the address provided on the mailing.“

The Virginia State Corporation Commission has sent out guidance that says the address for the fake council is identical to a similar scam from last winter, aimed at corporations from a company called the Corporate Records Service.

“A search of the Commission’s business entity records in the Clerk’s Office revealed no information about a company with the name Virginia Council for Corporations,” the SCC said. “The Solicitation Form looks somewhat like the annual report form prescribed by the State Corporation Commission and mailed to corporations of record in the Clerk’s Office of the SCC. Some corporations have confused the Solicitation Form for the Commission-prescribed annual report.” 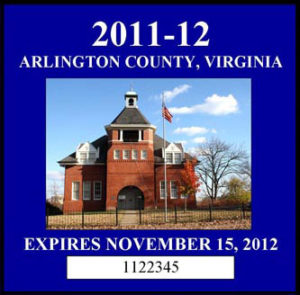 If you thought Arlington’s vehicle tax isn’t enforced, think again. As Michael Lee Pope reports, the Commissioner of Revenue’s office has a team of officers who head out before dawn to track down residents who aren’t paying their taxes.

In neighborhoods like Colonial Village, tax enforcement officers seek out vehicles with out-of-state tags and/or without Arlington registration stickers. They take notes, snap photos and then send letters to the owners, if need be.

The Personal Property Enforcement Program has collected more than $6 million in lost revenue in seven years, according to Ingrid Morroy, the county’s Commissioner of Revenue.

Read Pope’s report in the Arlington Connection or listen to it on WAMU.

Ingrid Morroy may be best known for being Arlington’s chief tax assessor, but on the campaign trail she’s known as the chief singer-songwriter for county Democrats.

Together with her sister Judith, Morroy unveiled a new tune over the weekend, in support of Commonwealth’s Attorney candidate Theo Stamos. Stamos is expected to face defense attorney David Deane in the Democratic primary later this year.

Morroy, who’s also up for reelection this year, performed the song at the home of former Falls Church mayor Robin Gardner. The Morroy sisters also perform locally with their band, The Constituents.