Rep. Jim Moran was honored by local Democrats Saturday night, just three days before the primary that will choose his would-be successor.

Hundreds of Democrats were on hand Saturday at the Arlington County Democratic Committee’s annual Jefferson-Jackson fundraising dinner in Ballston. Moran, who was first elected to the House of Representatives in 1990 after serving as the mayor of Alexandria, was the keynote speaker.

Six of the seven Democratic candidates to replace him — Don Beyer, Lavern Chatman, Patrick Hope, Mark Levine, Bill Euille and Derek Hyra — were in attendance, while state Sen. Adam Ebbin did not attend because he was at the Capital Pride Parade, according to his campaign.

“I wish every one of you in this room a lot of luck on Tuesday,” she said before turning her attention to Moran. “It’s tough to get a Marylander to come across the river, but for Jim Moran, I would swim across that river.”

ACDC Chairman Kip Malinosky presented Moran with a gift of boxing gloves because, he said, the Massachusetts native has always “been a fighter.”

Moran’s fighting reputation stems from his impassioned floor speeches, his penchant for taking unpopular stances, and from two noted incidents in 1995: when he shoved  Rep. Randy “Duke” Cunningham out of the House chambers, before fellow congressmen and police officers broke up the scuffle, and when Moran threatened to break another Congressman’s nose.

“A champion is leaving the ring,” Malinosky said.

Moran spoke for about 15 minutes in a more subdued tone than many are used to hearing him. He expressed frustration over how difficult it has become to deal with Republicans — “If you’re on the terrorist watch list, maybe you shouldn’t be able to buy an assault rifle. Just a thought,” — and gratitude for being able to serve in the House for more than two decades

“I realize that I’ve been blessed and am very, very lucky to represent this area,” he said. “There are still things that I find terribly frustrating, but we have to keep fighting for them.”

Moran made no mention of the people vying to replace him or the election on Tuesday, but he kept his eye to the future, telling the room the current Republican Party would soon become “anachronistic.”

“We are going to set that example for the rest of the country in areas like Arlington and in areas with people that are representatives like Donna and Xavier and many of our other Democratic leaders,” he said. “I mean, it sounds trite, but the future of this country lies with the Democratic Party.”

Becerra, who was elected two years after Moran in his district in Los Angeles, reminded those in attendance that Moran was in the minority over his years in congress in voting against 1997’s Defense of Marriage Act and voting against the Iraq War after the Sept. 11, 2001, terrorist attacks.

“I am proud that I serve along with Jim Moran,” Becerra said. “We will miss you, but you have made us a better country.” 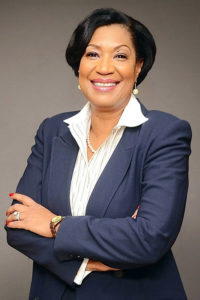 I’m running for Congress to get things done for all families in the 8th District. The challenges we face demand a new type of leadership and a fresh perspective in Washington. I was born and raised in a working class family in Northern Virginia — my mom was a 30-year postal employee and my dad an automobile mechanic — where my four siblings and I learned the importance of hard work and education.

I co-founded the NOVA Coalition, a group of more than 30 churches, non-profits, fraternities and sororities, focused on increasing voter participation, voter restoration, and civic engagement. During the 2010 Census, we traveled to hard-to-count communities in Northern Virginia to enable all communities to increase their rightful share of federal and state funding.

My experience working in the trenches with Democrats, Republicans and Independents to find real solutions to real problems affecting our community is what I would take to Congress.

I will work to ensure women receive equal pay for equal work because closing the wage gap benefits women and working families, in addition to our economy. Women are earning 77 cents to the dollar compared to men. Minority women are earning less than that at 59 to 56 cents. In a dual-income household, if one spouse is getting paid less, that means fewer resources for the entire family.

I will support legislation to end discrimination, protect voting rights, increase access to capital for women and minority-owned businesses, and pass comprehensive immigration reform to create a pathway to citizenship for millions of New Americans.

I understand the challenges small businesses in the 8th District face to stay economically viable. My late husband built a company to 400 employees, incubating other companies to help them grow. In 1993, we sold the company and started the Chatman Fund at the Northern Virginia Community Foundation to support development programs for underserved children in the region.

When the government shutdown happened last year, Congressman Jim Moran called on me to bring together local businesses to identify solutions to maintain economic stability. Our group is working to strengthen federal legislation to ensure small businesses are not left out of the federal contracting process.

As your next U.S. Congresswoman, I will continue working to increase economic and educational opportunities for all. I have a proven track record of putting our progressive values into action and I ask for your vote in the Democratic primary on June 10th!