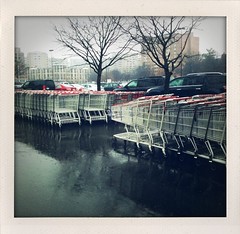 If you live in Arlington, congratulations, you live among the most prolific spenders in the country. Personal finance web site Bundle.com has compiled a list of the most spend-thrift cities in the U.S., and Arlington (which is technically a county, but we’ll let it slide this time) ranked fourth, behind Austin, Scottsdale and San Jose. The District placed 11th.