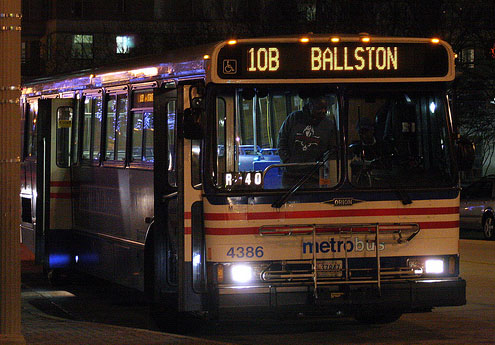 Metro is conducting the fourth installment of its “we’re raising prices and cutting service” roadshow in Arlington tonight. Metro, which is facing a staggering $189 million budget gap for the fiscal year starting July 1, has already held three of its six public hearings on its plan to close the gap.

Tonight’s hearing, to be held at 7:00 in the county board room (on the third floor of 2100 Clarendon Boulevard), is the only hearing planned for Arlington.

Among the proposals Metro is considering, which are up for public comment tonight: