A firefighter from the Reagan National-based Metropolitan Washington Airports Authority Fire and Rescue squad was taken to the hospital after he suffered minor injuries battling an electrical fire in Alexandria.

Firefighters from Arlington and workers from Dominion Power also responded to the small blaze on Herbert Street in the Mt. Vernon section of Alexandria. It was sparked when a piece of aluminum siding came off the roof of a townhouse and struck a power line. Witnesses say the loose siding caused a loud electrical “explosion,” which may have started a fire in the attic.

The injured firefighter is expected to be treated and released from the hospital tonight, according to airport spokesperson Courtney Mickalonis. 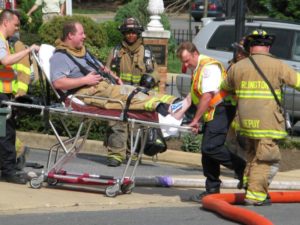 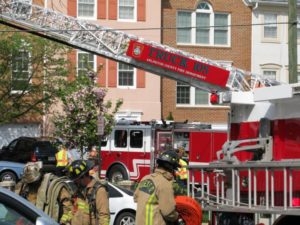