A man that witnesses identified as a parking attendant was hit by a van as he directed the driver into a parking spot in a small lot behind Boulevard Woodgrill (2901 Wilson Boulevard) in Clarendon Friday night.

The driver of the van accidentally hit the gas instead of the brake, a police officer at the scene said. The van apparently hit the man, smashed into a wood fence and sideswiped an adjacent car.

The man was lying atop the van when rescuers arrived. Several climbed onto the roof to stabilize the victim and put him on a backboard.

He was taken by ambulance to Virginia Hospital Center with a probable broken leg.

No word on whether the driver of the van will face any charges. 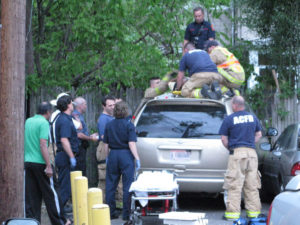 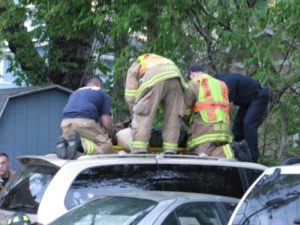 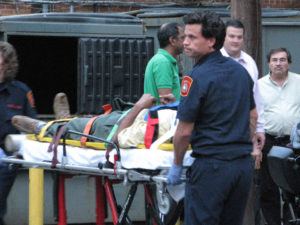 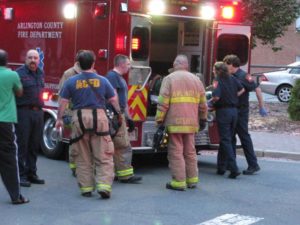