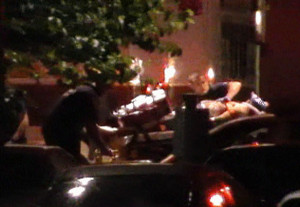 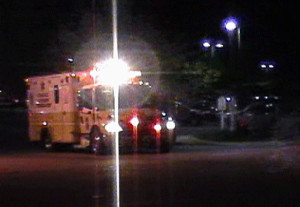 A man has died after being Tasered by Arlington police and going into cardiac arrest.

It happened around 1:00 a.m. on the seventh floor of the Wildwood Park apartments, at the western end of Columbia Pike. Police were called for a psychiatric emergency and found a naked man inside an apartment.

Police called for backup shortly after arriving on the scene, saying the man was going “crazy” and they were having difficulty restraining him. Police officers then used a Taser on the man.

After a few minutes, police noticed the man was not breathing. Paramedics, who were already on the scene, performed CPR.

The man was rushed to Virginia Hospital Center, where he was pronounced dead.

Police have confirmed that a Taser was used and are now investigating the incident. It’s not known whether the Taser caused the man’s death.

This is the second time this year a person has died after Arlington County police used a Taser.  A 36-year-old man from the District died on January 17 after being Tasered at the Pentagon City Metro station.

Investigators are awaiting a final cause of death determination from the medical examiner’s office in that case.

Update at 1:45 p.m. — Police have identified the deceased man as 32-year-old Adil Jouamai of Fairfax County. He was at the apartment visiting family at the time.

“This is a very unfortunate incident and we are certainly taking this loss of life very seriously,” police chief M. Douglas Scott said in a statement. “The Police Department Criminal Investigation Section and Internal Affairs Section are conducting simultaneous comprehensive investigations. Although it is very early in the investigative process, there is no indication at this time that the level of force used by the officers was excessive considering the level of resistance they encountered.”

Police describe Jouamai’s conduct as “uncooperative” and “combative with the officers attempting to assist him.”