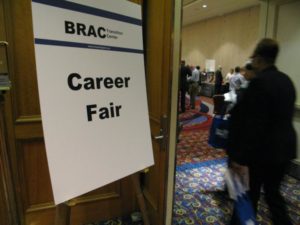 The Defense Department will be losing hundreds — if not thousands — of experienced, talented and security-cleared employees over the course of the next 16 months, if yesterday’s BRAC job fair was any indication.

About 500 enlisted employees, DoD civilians and contract workers showed up at the Crystal Gateway Marriott to find alternatives to moving to out-of-state bases or commuting to traffic-clogged exurbs. The moves are mandated by the 2005 Base Realignment and Closing Act, which will result in the closing of dozens of government offices and the loss of about 17,000 jobs in Arlington by next September.

The job fair attendees shared two common traits: they all like their current job and they all want to stay here.

“I might move with it because I like my job, but my family and my support system are here,” said one Army employee whose job is moving to Texas. “If I can find something and stay here, that’s what i’m going to do.”

“We have so many meetings at the Pentagon… I don’t understand why we’re moving to San Antonio,” she continued. “To me that does not make a lot of sense.” 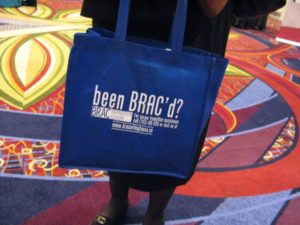 Several other attendees said they would not move under any circumstances.

“I wouldn’t dream of going outside this area to seek employment,” said a military human resources employee whose job is moving to Fort Knox, Ky. She said 90 percent of her office was planning to stay in D.C. instead of moving to an area where “there’s nothing around but the base.”

“Not a chance,” responded one man — a manager in an office that deals with missile defense systems — when asked if he would consider moving with his job to Huntsville, Ala. (which is having a hard time accommodating new BRAC workers). He said he has lived in the area for 24 years and will learn new job skills if necessary.

The man added that his office will be losing at least 75 percent of its staff to the move.

“It’s detrimental to the department,” he said. “I’ve built a good team over the years, and it’s going to a situation where people don’t have nearly the experience we have.”

Others agreed, saying that BRAC will “definitely” and “absolutely” result in a brain drain at the Defense Department.

“There are a heck of a lot of qualified people looking for jobs,” said a man whose job was moving to a southern state. He said just under half of his office was planning on making the move.

In fact, everyone we spoke to said that at least half of their office was looking for other jobs — even when their office was moving to a location within the greater Washington area, like Quantico, Va. and Fort Meade, Md.

While that may be bad news for the Pentagon, it’s a potential boon to private employers and federal agencies looking for security-cleared personnel.

“This is the best show we were ever at in terms of the quality of cleared people,” said Bob Ensley of ClearanceJobs.com.

And it’s not all bad for those searching for jobs, either. More than 20 employers, including plenty of three- and four-letter government agencies (CIA, FBI, TSA, ATF, FEMA, NCIS, etc.) and a number of defense contractors, were actively recruiting at the job fair.

“With the initiatives that the federal agencies have going there are going to be a lot of job opportunities, especially for those with veteran status, who have a clearance, who don’t have to start the process from the beginning,” said Gretchan Uhlenhake, also of ClearanceJobs.com.

The website’s founder, Even Lesser, said some BRAC-affected employees may even see a pay increase.

“According to the 2010 ClearanceJobs Security Clearance Salary Survey, 19% of defense industry workers who received pay increases attributed it to changing employers,” Lesser wrote in an email. BRAC-impacted employees “are not out of options.”

One Maryland woman whose job was moving to Quanitco described herself as “very qualified” and said she’s “not worried” about landing another job.

The group that organized the career fair said they plan to hold several more job events for BRAC-impacted employees over the next year.

Note: All attendees who spoke with ARLnow.com did so on the condition of anonymity due to the sensitive nature of their jobs. 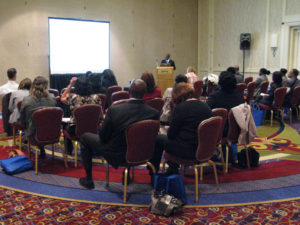 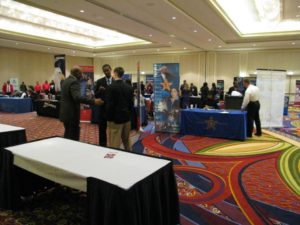