Lee Highway was shut down in the area of North Glebe Road this morning due to a pedestrian accident.

Police say a 31-year-old man and his son, a toddler, were attempting to cross Lee Highway around 9:00 when they were struck by a large vehicle, possibly a truck or a van. They were not crossing in a crosswalk, police said.

The man suffered a broken arm when he was hit by a side mirror. The child suffered a head injury when the man fell. The child is in critical condition, police said. (Updated at 3:15 p.m.)

The driver of the striking vehicle remained on scene and is not expected to face any charges, although the accident remains under investigation.

The eastbound lanes of Lee Highway were closed for an extended period of time while investigators reconstructed the accident. The photos below show diagrams that investigators spray painted on the road. 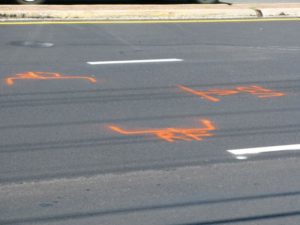 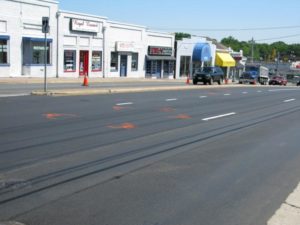 END_OF_DOCUMENT_TOKEN_TO_BE_REPLACED

More Stories
What Will the Library of the Future Look Like? You Decide.Bagpiping on a Beautiful Day