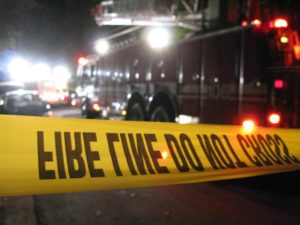 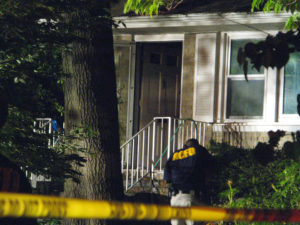 A woman was flown via medevac helicopter to Washington Hospital Center’s burn center after a house fire Tuesday night.

The fire broke out around 8:00 at a house on the 1000 block of North Sycamore Street in Falls Church, near the East Falls Church Metro station. Although the fire was contained before it could spread to the rest of the home, firefighters say an older woman who lived there suffered “serious burns.”

An Arlington County fire investigation team was on scene late last night. As the acrid smell of smoke still hung in the air, investigators could be seen inspecting a wheelchair that had been removed from the house.