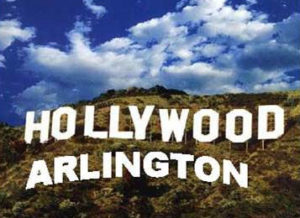 Another outdoor film series is coming to Arlington, but this one has a bit more of a local flare.

The series will kick off on Friday at 8:30 p.m. with a “tour of Arlington as seen through the eyes of Hollywood producers in ways both novel and creative.” The presentation will feature video clips and photos from the dozens of movies and TV shows filmed in Arlington, along with commentary from former Arlington Film Commissioner, current Arlington Virginia Network executive producer, and long-time movie buff Robert Farr.

Then, on Saturday, the films themselves will begin. Like Friday’s presentation, the films will start at 8:30 and admission is free. Here’s the schedule and each film’s Arlington connection.