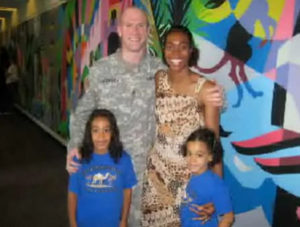 A moment of silence was observed in the Arlington County board room yesterday in recognition of a fallen native son.

Capt. Michael Cassidy, a married father of two young girls, died last month in Mosul, Iraq. Cassidy, 41, was on his second tour of duty. He served the Army as a medic and a physician’s assistant.

“By all accounts he was a sweet and sensitive soul who demonstrated unbelievable and serious determination in his quest to serve his fellow veterans,” Board Chairman Jay Fisette said.

Cassidy was born in Wheaton but attended Yorktown High School, where he played in the both the band and the orchestra. He was the co-valedictorian of his graduating class of 1986, according to the Washington Post.

His parents, Henry and Susan, still live in Arlington.

Cassidy, who was assigned to Fort Stewart in Georgia, died in a non-combat related incident, according to the Department of Defense.