(Updated at 10:50 p.m.) Two men in a stolen SUV led Arlington police on a rare car chase into the pedestrian-clogged streets of Old Town Alexandria.

The chase began after a lookout for a dark red SUV was broadcast from an apparent armed robbery that occurred at the Best Western on South Glebe Road around 8:00 p.m. The suspect “implied” a weapon during the robbery, according to Arlington Police spokesperson Crystal Nosal.

Officers spotted the vehicle on Route 50 then chased it from the George Washington Parkway, past National Airport and into Old Town Alexandria.

The driver of the stolen vehicle caused a Volvo to crash at Cameron and North Royal Streets, then slammed into a wall next to a parking lot, police said. The two passengers in the Volvo suffered minor injuries.

After the crash, one suspect fled into nearby Alexandria City Hall. A terrified cleaning crew ran out of the building as police surrounded the area and a U.S. Park Police helicopter hovered overhead.

“Alexandria police officers and police K-9s went inside and located him,” Nosal said. “He was injured by a K-9 bite and was taken to the hospital with non-life-threatening injuries.”

The second suspect stayed in the vehicle and was taken into custody by Arlington police.

“The driver booked,” said Jack Coopersmith, a witness. “The guy in the back — they had shotguns on him and everything, and they took him down.”

The vehicle is believed to have been carjacked in Prince George’s County earlier this morning.

Police have identified the suspects as Leslie Parker and Ronald Sizemore.

ARLINGTON, VA. – The Arlington County Police Department’s Robbery Unit is investigating a robbery that occurred at a hotel last night. At approximately 8:12 p.m. on Wednesday, July 28, 2010, a male suspect entered a hotel in the 2400 block of South Glebe Road. He demanded money while implying that he had a weapon. After receiving cash, the suspect left the scene in a dark red SUV. 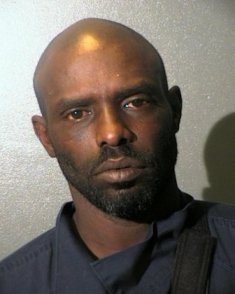 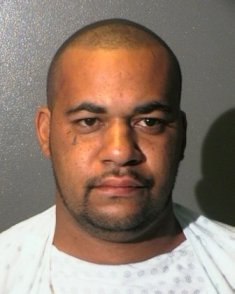