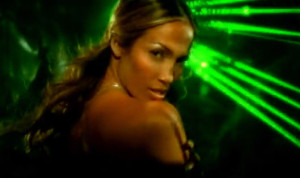 Sun Gazette editor Scott McCaffrey has been waiting for tonight for months.

According to his blog, McCaffrey has been waiting six months to cover something that’s “likely to happen tonight.” But he’s not saying what it is, so as to not alert “what passes for the competition.”

Since we have some of the smartest readers in town — witness the corrections that go into the comments section the minute we get something wrong — I figured it would be a piece of cake to figure out what story Scotty has been salivating over.

McCaffrey posted an link to a Rod Stewart video to symbolize his infatuation with tonight’s could-be story-of-the-century. In a case of blatant one-upsmanship, we’re posting our own music link: this much more entertaining-with-the-sound-down (you’re at work, right?) Jennifer Lopez video.

So, dear readers, help us out. What’s happening tonight that Scotty doesn’t want us to know about?