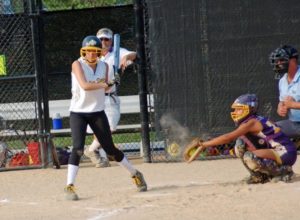 Girls’ fast pitch softball teams from around the region will converge on Arlington this weekend for the ninth annual First Responders’ Cup tournament. The tournament is held to “celebrate the heroism of the Arlington Fire and Police who were the first at the Pentagon” on 9/11.

More than three dozen teams, in age divisions from 12 and under to 18 and under, will begin competing tomorrow night. Tournament play will continue through Sunday.

Games will be held at the Barcroft Sports Complex, Jennie Dean Fields (near Shirlington) and the Wakefield High School softball fields.

Read more →
More Stories
Kelly: Board is Out of Touch, Needs Diversity of OpinionMorning Notes