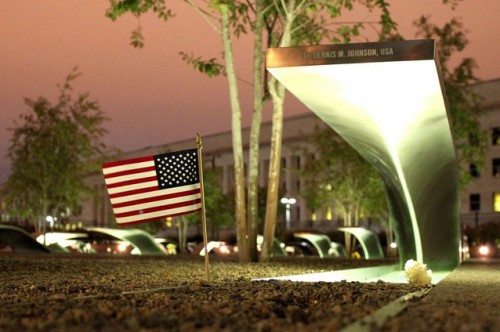 Obama Marks 9/11 Anniversary at the Pentagon — On the ninth anniversary of the 9/11 attacks, President Obama visited the Pentagon and called for tolerance and strength in the face of terrorism. More from Fox 5 and a transcript of the president’s speech from CBS News.

Arlington’s Fire Chief Remembers 9/11 — WTOP talked to Arlington Fire Chief Jim Schwartz, who was incident commander at the Pentagon on that fateful September day. “Every time I look at it, it still looks the same to me as it did that morning. I can still see the visions of the gash in the building, the column of smoke, the casualties laying out on the West Lawn,” Schwartz said.

More Teacher Diversity at APS — Arlington is trying to hire teachers who better reflect the student body’s racial make-up. Still, the 190 teachers hired for this year are 73 percent while, when the student body is only 48 percent white. More from the Sun Gazette.