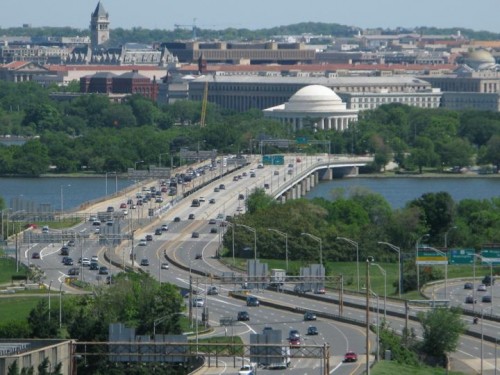 Planetarium Group to Sell Seats — You can now have your name etched permanently in the David M. Brown Planetarium. The Friends of the Planetarium, which is raising money for much-needed renovations, is offering to engrave brass plaques on the back of one of 55 seats, for a donation of $1,000 or more.

BRAC Meeting Gets Rowdy — For the most part, it was an informative and respectful discussion. But some folks couldn’t contain their anger at the lack of transportation planning related to Alexandria’s massive Mark Center project. Military officials heard an earful. The meeting was organized by Rep. Jim Moran, who has sponsored legislation to delay the move of 6,400 military jobs to the building until sufficient transportation infrastructure is in place. More from the Washington Post.

Kelly Raises More Campaign Cash than Zimmerman — Republican candidate for county board Mark Kelly has been busy this summer. He raised $10,113 from July to August, compared to the $6,535 raised by incumbent Democrat Chris Zimmerman. Kelly also has more cash on hand than Zimmerman. More from the Washington Post.

New Food Carts in Arlington — Just when you thought the food truck craze was reaching a plateau, entrepreneur Ibrahim Hanifi comes along and launches not one but two “Tasty Kabob” carts in Arlington this week. The carts, which serve basic halal food, won’t be moving around like others. They’ve picked permanent outposts in Pentagon City and Rosslyn. More from TBD.

Dan Kain Trophies Owner Profiled — Jim Preziotti, who owns the once-iconic Dan Kain Trophies store, says that he’s getting ready to move his business away from its current location, which is scheduled for demolition. Even in his late 90s, Preziotti is pressing on with the move and a new online store. More from TBD.