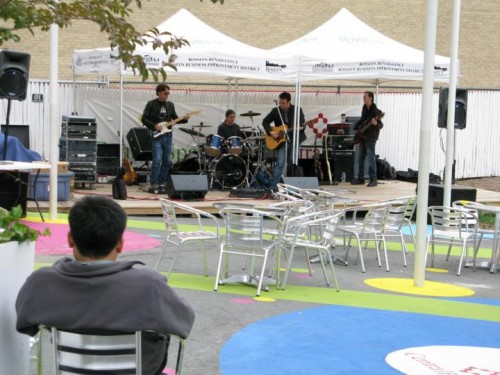 County Launches Housing Blog — Under One Roof aims to be “a broad and accessible news portal on housing and more in Arlington County. It will feature “blog posts on a broad range of topics including affordable housing, green building, construction, neighborhoods, homeless and housing assistance.”

Fire Houses Open to Public This Weekend — To mark Fire Prevention Week, Arlington’s 10 fire stations will hold a countywide open house from 10:00 a.m. to 4:00 p.m. on Saturday. There will be fun for the whole family, including fire stations tours and activities for kids.

Ridge to Campaign with Murray — Former Homeland Security secretary and Pennsylvania governor Tom Ridge is slated to attend a fundraiser for Republican congressional candidate Patrick Murray next week. Tickets for the fundraiser, which is being held at the University Club in the District, range from $150 to $500. Murray has attracted the support of a number of high-profile Republicans recently. In September he held fundraisers with Gov. Bob McDonnell and Sen. John McCain. Ridge, who is pro-choice, was briefly considered as a possible running mate for McCain in 2008.

END_OF_DOCUMENT_TOKEN_TO_BE_REPLACED

More Stories
Fisette: Brown Wasn’t a Good Fit With ArlingtonRelive the Music of Clarendon Day and the Rosslyn Jazz Fest