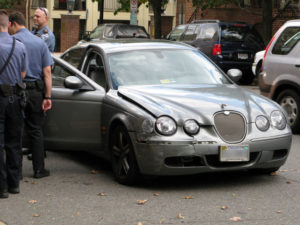 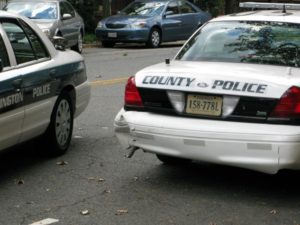 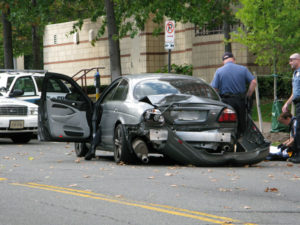 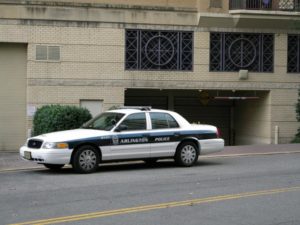 The driver of a gray Jaguar, apparently fleeing after a collision in Courthouse, rear-ended a police cruiser two blocks away.

The police cruiser suffered minor damage as a result of the crash yesterday afternoon, on 14th Street near North Barton Street. The Jaguar had significant damage to its rear end — likely caused by the first accident.

No word on what charges the driver might face. So far, police have not confirmed any details surrounding the accident.