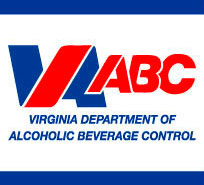 County board members are not big fans of Gov. Bob McDonnell’s plan to privatize state liquor stores. At yesterday’s board meeting, members took turns bashing various aspects of the plan.

“Four-hundred-fifty million dollars is nothing,” said Chris Zimmerman, referring to the estimated one-time revenues that selling state-run ABC stores and auctioning off liquor licenses could provide. He said that one estimate puts the additional amount needed for transportation in Northern Virginia at $500 million per year.

Jay Fisette worried about the loss of the state’s lucrative ABC business, which provides millions each year to fund human services programs. That revenue, he said, would be lost under the plan, choking off the state’s already shrinking human services budget.

Also a concern was the number of new liquor stores and liquor-licensed grocery and convenience stores that could be approved under the plan. Zimmerman cited a report saying the number of stores selling liquor in Arlington would increase from 8 to 26.

“The more ABC stores we have in Arlington, the more resources you’ll need at a local level” in terms of police and public health authorities, Favola said. She added that “there will be more noise-related issues” as a result of adding more liquor stores.

Walter Tejada said that additional liquor stores could be harmful to the minority population, which he said has a “disproportionally high” rate of alcoholism.

“This is not a good direction to be moving,” Tejada said.

Favola is expected to propose a resolution regarding the state ABC plan in December. The state legislature is expected to take up the plan in January.