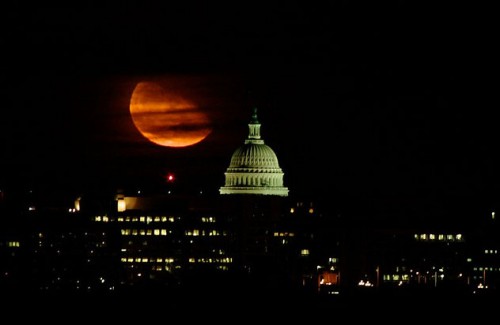 Glebe Road Sewer Project Keeping Residents Up At Night — The county has started a new sewer project on South Glebe Road between 5th Street and 1st Road. The project will increase the capacity and reliability of the sewer system in the area. But the work of tearing up the road is being done at night, which has some residents complaining about the noise. More from the Washington Post.

Marine Corps Marathon Goes Off Without a Hitch — With stepped-up security in place, some 30,000 runners safely participated in the 35th Marine Corps Marathon on Sunday. Air Force 2nd Lt. Jacob Bradosky won the 26.2 mile race, which winds through Rosslyn, Crystal City and the District, with a time of 2:23:30. Kenyan Janet Cherobon won the women’s field with a time of 2:42:38. More from the Washington Post.

Voter Turnout Could be Record — According to a projection by county treasurer Frank O’Leary, this year could be a record in turns of the number of voters voting in an off-year when the House of Representatives race is the marque race. But the percentage of active voter turnout will not be a record, O’Leary predicts. The dry weather predicted for tomorrow should help turnout. More from the Sun Gazette.