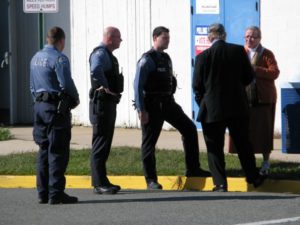 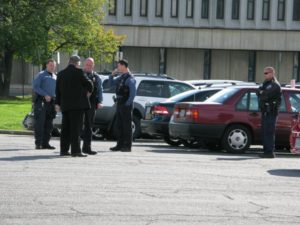 The man, a local resident named John Moroz, Jr., said he was passing out voting guides outside the school — as he has done every year since 1998 — when a voter directed profane language at him for being a Republican.

Moroz said he started shouting at the man, who left the scene by the time police arrived.

After he calmed down, Moroz complained to police about the lack of parking in the parking lot. No police action was taken, and Moroz ultimately returned to his volunteer duties.