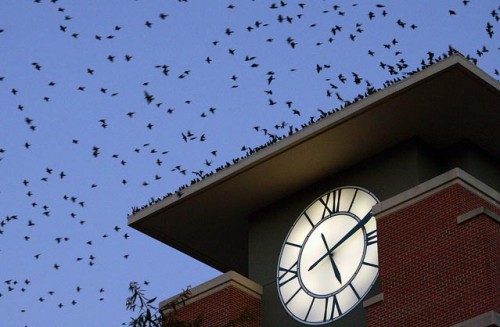 Arlington is One of Country’s Richest Counties — Well, here’s one way Arlington is a “green” county — its residents are loaded with cash. So says Newsweek, which ranks Arlington the #5 richest county in the nation. Seven of the top ten richest counties are in the DC area. More from DCist.

Charges Pending Against Driver in Davies Wreck — The young woman who was driving the car that crashed last October on the George Washington Parkway, killing one woman and severely injuring U.S. soccer star Charlie Davies, is expected to be charged with involuntary manslaughter. Investigators believe Maria Espinoza of Clarksville was intoxicated when her SUV careened across a grassy area near Memorial Bridge and struck a guardrail, nearly splitting it in half, according to the Washington Post.

Washington-Lee Bests Yorktown in Football Playoffs — Washington-Lee defeated Yorktown High 28 to 7 on Friday night. With the win, the Generals (6-5) will advance to the next round of the playoffs, facing Hayfield (7-4) on Friday. Washington-Lee played Hayfield in September and won 23-7. More from the Sun Gazette.