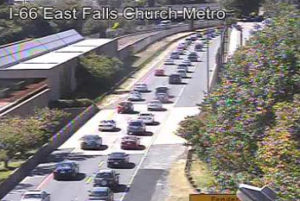 According to AAA Mid-Atlantic, more than 1 million people in the D.C. area are expected to head out of town for the holiday.

That’s a 11 percent increase over least year and the highest number of area residents heading out for Thanksgiving since 2007.

“The Washington metro area has one of the strongest economies in the nation, and as evidence of this, we will likely see a double digit up-tick in the number of area residents traveling 50 miles or more from home for the holiday,” AAA Mid-Atlantic spokesperson John B. Townsend II said in a statement.

Also driving Washington area travel is the fact that “only 40 percent of D.C. residents were actually born in D.C.,” according to AAA.

Surprisingly, a whopping 95.4 percent of those leaving town are expected to do so in a car. Only 3.4 percent are flying, and only 1.2 percent are taking a bus, train or boat.

How are you going home this year?