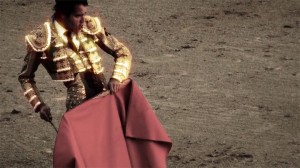 If you were to create a list of professions least likely to count an award-winning creator of abstract and experimental films among their ranks, lawyers would probably rank just below accountants.

But Clarendon resident H. Paul Moon is not your average government lawyer. He’s a composer, playwright and blogger who only recently added filmmaking to his list of side-projects. Earlier this month, he became an “award-winning” filmmaker at Arlington’s Rosebud Film and Video Festival.

Moon won the festival’s “Best of Show” award for El Toro, a short experimental film that seeks to make a visual connection between Spanish bullfighting and the passion of the Christ.

Armed with “modest” video equipment during a trip to Madrid, Moon attended a bullfight in the Plaza de Toros, a violent experience he says he does not want to repeat. Several months after returning home, Moon found inspiration and decided to turn his travel video into a film. 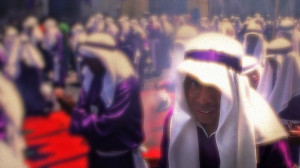 “I juxtaposed those bloody bullfighting scenes with carefully composed shots inside Madrid’s central cathedral, and heavily processed my edit with light manipulation and other visual effects to create a sort of dream-like meditation set to music,” he said. Then, one year after his trip, the Rosebud judges bestowed “an unexpected an encouraging honor” — the festival’s top prize.

“This was the first festival screening that I ever received since starting to make films 1-1/2 years ago,” Moon said.

It will almost certainly not be his last. Moon has continued cranking out experimental/environmental/landscape films inspired by his extensive international travels. In addition to the abstract and non-narrative, he has also been working on documentaries that profile performing artists.

Currently, Moon says he’s hard at work on a “biographical portrait of the American composer Samuel Barber.” The choice of documentary subject reflects the fact that Moon — a prolific creator of art — is also a voracious consumer of art.

“When something fascinates me, now I can’t stop myself from making a project out of it,” he said.

El Toro currently is not available online, but you can watch some of Moon’s other films here.