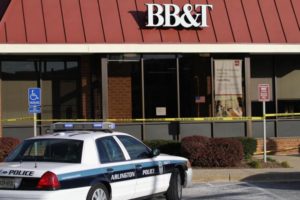 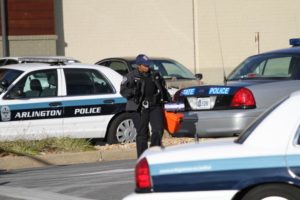 (Update at 2:40 p.m.) The BB&T Bank at 2947 South Glebe Road was just robbed. According to scanner traffic, a suspect passed a note implying he had a gun, but no weapon was seen.

The suspect is described as a six-foot tall black male in his 30s or 40s with scruffy facial hair. He was wearing a blue jacket, a black backpack and a beanie hat.

Gunston Middle School and Oakridge Elementary School were briefly locked down following the robbery as a precaution.

Kenmore Middle School’s student release has been delayed and the school has been placed in “secure the building” mode due to a possible security threat. Initial reports suggest that an…