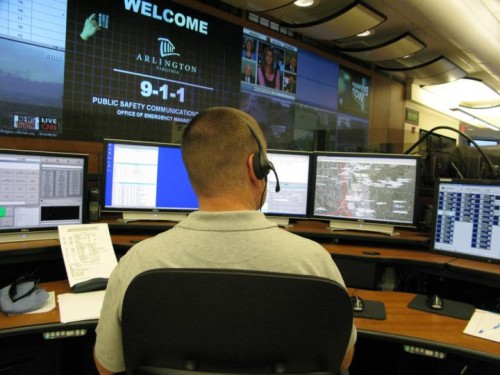 Arlington County is currently experiencing intermittent problems with the 9-1-1 system. If you call 9-1-1 and can’t get through, immediately call 703-741-3035.

A supervisor at the county’s Emergency Communications Center said she was not sure when 911 service would be back to normal.

Update at 12:25 p.m. — “This is a Verizon issue,” said Debbie Powers, Deputy Coordinator for the Arlington’s Office of Emergency Management. “It’s a regional issue and it’s intermittent.”

Update at 1:35 p.m. — Verizon tells Arlington’s Office of Emergency Management that the 911 system is now functioning normally, according to OEM’s Brian Geraci.

Update at 3:10 p.m. — Verizon spokesman Harry J. Mitchell says that the outage, which affected cell phone calls to 911, was due to a faulty piece of equipment at the company’s Fairfax switching center.

The faulty equipment was restored to normal operation around 11:30 a.m., and we continue to monitor the situation closely to ensure the issue is completely resolved.

This issue is unrelated to the 911 issues triggered by storm-related mass call events earlier this year.