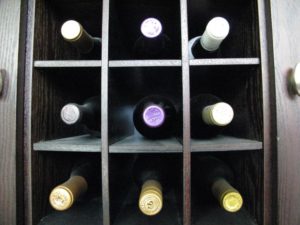 Yesterday, by a vote of 78-18, the Virginia House of Delegates approved SB 1292, a bill that will allow restaurant patrons to bring their own bottles of wines to restaurants.

If the bill is signed by Gov. Bob McDonnell, as expected, any Virginia restaurant with a liquor license will be able to charge customers a “corkage” fee to open their home-brought wine and pour it at the table.

The measure had the backing of the Restaurant Association of Metropolitan Washington.

“RAMW supports the rights of consumers to have a choice, and we see no evil in allowing patrons to BYOB, so long as there is no restriction on a restaurant’s right to charge a service fee or so called corkage fee,” the organization said on its web site. “Not having such an option puts Virginia restaurateurs at a competitive disadvantage in locations that are in close proximity to areas that allow BYOB, thereby depriving Virginia of sales, and the attendant sales tax and revenue. The availability of this option allows restaurants to attract the high end wine aficionado who enjoys dining out, but prefers the option of bringing wine from their own collection.”

Of course, only certain restaurants will allow the practice if the bill does become law. For the inquisitive, here’s some advice on the etiquette of bringing your own wine.