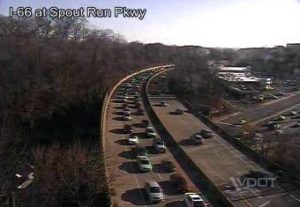 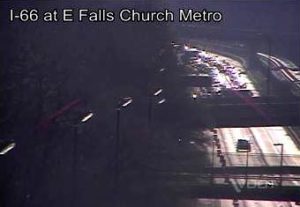 Update at 8:55 a.m. — Both westbound lanes have been reopened. Traffic is starting to move again.

Update at 8:40 a.m. — Almost an hour after the accident, only one lane is getting by. A tow truck has just arrived and should be clearing most of the lanes shortly. Traffic is now backing up to the Rosslyn tunnel.

Traffic is backed up on westbound I-66 from Sycamore Street to North Scott Street due to a multi-car accident.

Arlington police and paramedics are on the scene of a five-car accident on the highway’s westbound lanes near Sycamore Street. At least one injury has been reported.

The accident has slowed traffic to a crawl over much of westbound I-66 inside the Beltway.