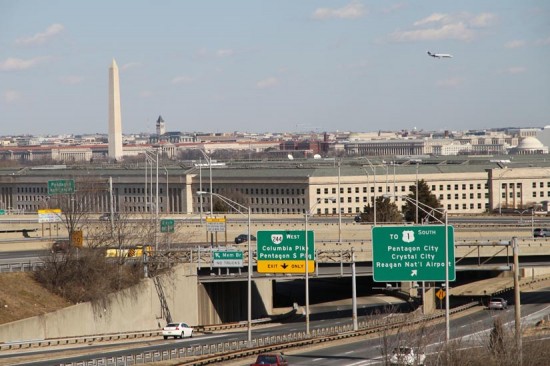 Man Killed on Key Bridge Was Arlington Resident — Police say 23-year-old Arlington resident Aliester Elizardo Pineda-Medrano was walking his broken-down moped across the Key Bridge when he was struck and killed by an SUV Sunday night. The man who police say struck Pineda-Medrano and kept going has also been identified. [WUSA 9]

DMV Back Open After Roof Blown Off — A large section of the metal roof atop the DMV building on South Four Mile Run Drive blew off during Friday’s fierce winds. Nonetheless, the DMV opened as usual on Monday. [TBD]

Women of Vision Finalists Named — The Arlington Commission on the Status of Women has unveiled the four nominees for its 2011 ‘Women of Vision’ award. The winner of the award will be announced at a reception on March 10. [Sun Gazette]