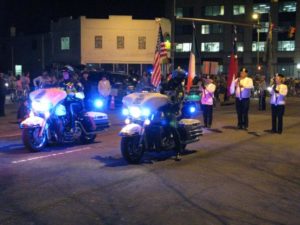 The parade is scheduled to kick off at 8:00 p.m., but motorists may want to make note of some road closures that will take effect before the parade.

At 7:30 p.m., Wilson will be blocked off along the parade route from Barton Street to Irving Street.

Adams and Wayne Streets will reopen at 8:00 p.m., while Wilson will reopen after the parade concludes, around 9:30 p.m.

In addition to the road closures, there will also be parking restrictions in the area, marked by temporary ‘no parking’ signs. County officials are encouraging parade-goers to take the Metro to Courthouse or Clarendon instead of driving.