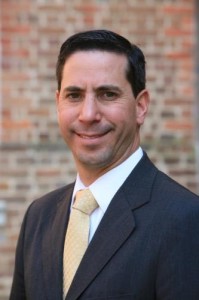 A source tells us that Jaime Areizaga-Soto, who’s rumored as a potential Democratic candidate for the 31st District state Senate seat, announced to co-workers yesterday that he has decided to enter the race.

Areizaga-Soto is a senior attorney at the U.S. Agency for International Development, a Stanford Law grad, and a senior advisor to Sen. Mary Margaret Whipple, the retiring occupant of the 31st District seat. An Arlington resident, Areizaga-Soto is active in the Democratic Latino Organization of Virginia, the Arlington County Democratic Committee and the National Puerto Rican Coalition.

Areizaga-Soto is also a Lieutenant Colonel in the JAG Corps of the District of Columbia National Guard. According to this biography, he is fluent in Portuguese, French and Spanish.

If he is indeed running — we have not been able to independently confirm his candidacy — he will face County Board member Barbara Favola in this summer’s Democratic primary. A third potential candidate, political consultant and blogger Ben Tribbett, has also indicated that he may enter the race.

The 31st District was recently redrawn and, pending final approval, will include parts of North Arlington, eastern Fairfax County and eastern Loudoun County.

Photo via Sorensen Institute/University of Virginia